In 1948 the United Automobile Workers became the first union in the U.S. to win cost-of-living allowance (COLA) language, also known as an escalator clause.

General Motors agreed to raise workers’ pay in sync with inflation. UAW contracts with Ford, Chrysler (now FCA) and GM all had COLA until it was taken away during the 2009 GM and Chrysler bankruptcies. 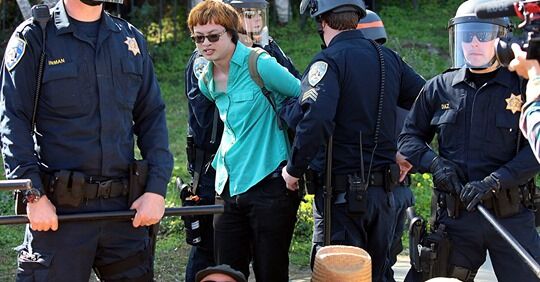 A militant, determined group of UAW members have launched a new fight for COLA. Not traditional autoworkers, they are graduate student teaching employees at the University of California, Santa Cruz (UCSC). Nevertheless, they are demanding a traditional escalator clause to offset the high cost of living in Santa Cruz.

Graduate student workers throughout the University of California system are represented by UAW LOCAL 2865. They are under a master contract ratified by 58 percent of the members statewide last year, but rejected by a majority of members at UCSC. Despite a no-strike clause in their contract, in December UCSC grad students began a “grading strike” to push for COLA.

Because of the no-strike language and because the UAW International did not authorize the strike, it’s considered a wildcat.

Over 1,400 UCSC undergraduate students signed a statement of support for the graduate student teachers, even though that has meant they haven’t received grades for the last semester. Roughly the same number of UCSC faculty have also signed on in solidarity with the strike. The COLA campaign has spread to several other UC campuses.

The grad students escalated the strike into a full teaching strike on Feb. 10. They held demonstrations blocking busy intersections near campus, and did the same on Feb. 12. At least 17 strikers and supporters have been arrested.

The university is taking a hard line, even threatening international students taking part in the strike with deportation and suspending students from class. This has only served to further infuriate members of Local 2865 at Santa Cruz and around the state.

Mumia Abu-Jamal spoke to the strikers on Feb. 16. He was accepted into the graduate Ph.D. program at UCSC this semester, but just became aware of the strike. His message to the students was: “I read Robin D.G. Kelly’s ‘Hammer and Hoe’ on the history of Black workers in Alabama in the 1930s who were trying to unionize. The landowners unleashed the violence of the state, including help from the KKK, to stop this movement. It was not unlike what is happening with the students in California. State violence is state violence. Class is class. The students’ movement can only grow.”

To learn more and to support the strike, visit @payusmoreucsc on Twitter.