By Patrick Cate and Lyn Neeley 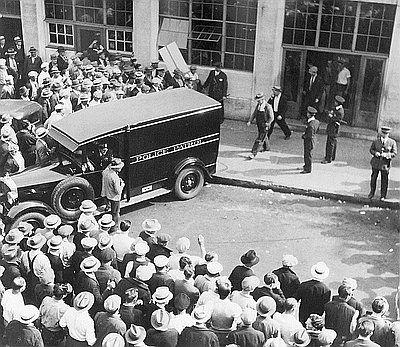 In November a federal jury in Portland, Ore., fined the Longshore and Warehouse Union (ILWU) $9.6 million. The jury sided with the Philippines-based International Container Terminal Services (ICTSI), a labor-rights abuser worth $1.36 billion that sued both the national ILWU and Portland’s Local 8.

The Port of Portland leased Terminal 6, Oregon’s only shipping container port, to ICTSI in 2010. According to dockworkers, ICTSI developed a hostile, unsafe work environment and intimidated them. In 2014, the federal Occupational Safety and Health Administration inspected the port and fined ICTSI $18,360 for over a dozen safety violations at Terminal 6.

In 2012, Local 8 began a series of work slowdowns because jobs involving refrigerated containers and electrical equipment, previously held by ILWU members, were given to members of the Electrical Workers (IBEW). The ILWU stated those jobs had been part of their collective bargaining agreement.

In the lawsuit, ICTSI claimed that the years of slowdowns prevented them from making profits. They argued that the ILWU actions were an illegal secondary boycott, because the Port of Portland was responsible for assigning the jobs to IBEW.

Under the Taft-Hartley Act, secondary strikes and boycotts are prohibited, along with solidarity or sympathy strikes. In a dispute with a direct employer, any strike against another employer is illegal. ICTSI’s argument is complicated and open to interpretation.

The verdict was a blow to the ILWU, one of the most militant unions in U.S. history. Founded in the 1930s by labor leader Harry Bridges, the union is powerful because of its activism, strikes and work stoppages to protect members’ benefits and jobs. The ILWU has always demonstrated against war and racism and has a long history of giving solid support to other workers and unions.

ILWU President William Adams said, “The ILWU attempted to settle the case, but ICTSI’s goal appeared to be union busting on a global scale.” He said the court compensated ICTSI for a loss of profits and additional costs, but the amount was excessive, and much of ICTSI’s failure to make a profit was due to their own mismanagement. (tinyurl.com/qwo6w3j)

Susan Harriman, the union’s lawyer, said the ILWU wanted its workers “to succeed, but they were treated like donkeys and belittled and fired without cause.” She said ILWU members “helped build Terminal 6, and they literally broke their backs trying to make Terminal 6 a success.’’ She told the jurors “labor and employment practices were driving slowdowns.’’ (tinyurl.com/uxq2rz7)

Nearly all of ICTSI’s business is with countries with extreme exploitation of workers. These countries include Honduras, Mexico, the Democratic Republic of Congo, Madagascar, Indonesia and Pakistan. ICTSI aggressively drives down wages, imposes horrible working conditions, refuses to pay overtime and outsources work — even against a government’s orders.

Paddy Crumlin, president of the Transport Workers Federation (ITF), said ICTSI’s labor record was like a cancer spreading around the world. “ICTSI has built its business by exploiting workers in port after port, reinforcing a business model of deliberately prioritizing countries where human and labor rights are most vulnerable and by partnering with some of the worst anti-democratic regimes implicated in crimes against humanity.” (tinyurl.com/vs6vtrm)

The ILWU has filed a motion to postpone a final judgment. They want to appeal the verdict because the $9.6 million they are being sued for is not consistent with the evidence. That amount could bankrupt the union. The judge has agreed to delay the decision until the court hears more from ILWU lawyers. If the courts don’t reconsider, the union may have to seek federal bankruptcy protection to recover its finances as soon as possible.