The Emergency Committee to Stop DHA Evictions hosted a Dec. 20 press conference in front of the Durham Housing Authority to demand a moratorium on evictions in public housing over the winter holiday months. According to records compiled by Legal Aid, DHA filed 846 public housing evictions in 2019, over 30 times the number in all other larger North Carolina cities. 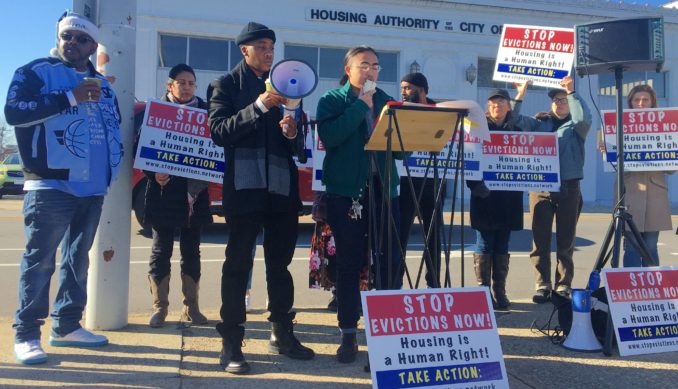 This comes directly after voters approved a $95 million housing bond, a record high in the state, to be handed over to an agency that the working class has little trust in. In just a few days, nearly 1,000 signatures have been gathered and over 20 organizations, including Durham City Workers Union (UE Local 150), Durham Workers Assembly, NC Raise Up/Fight for $15, National Domestic Workers, We Dream in Black, Black Youth Project 100 Durham, NC AFL-CIO and others have signed on to stop evictions. Housing is a human right!