About 100 people, mostly from the Peoplestown neighborhood in South Atlanta rallied at City Hall on Dec. 16, protesting the attempt by the city to evict long time residents, Darden and Tanya Washinton and their family members.

After the outside rally and press conference, the group marched into the Mayor Kiesha Bottoms’ office and took it over.  The mayor was in hiding and refused to meet with the community people. They remained in her office until midnight but intend to continue to force a meetin 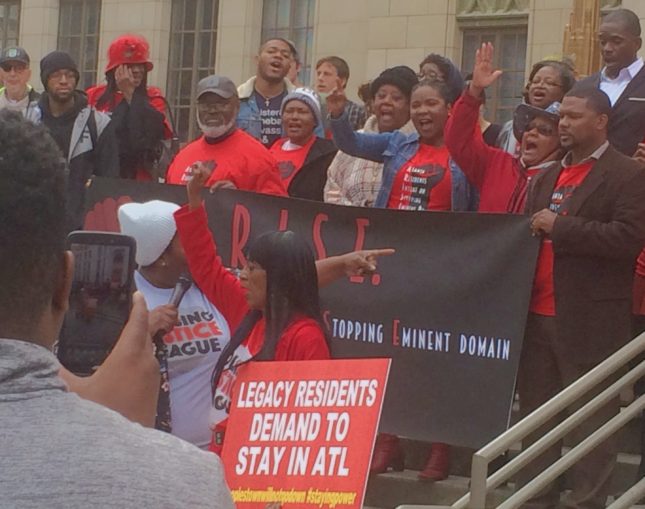