More than 60 men at Frackville State Correctional Institution here joined together to say goodbye to Cleveland Butler. Over half of them came forward to speak about their fellow inmate, Cleve, who died of pancreatic cancer in October. One inmate sang a touching rendition of the Boyz II Men song, “It’s So Hard to Say Goodbye.” The prison chaplain who presided over the memorial, Rev. Samuel Anyanwu, was overwhelmed and said he’d “never seen anything like this.” 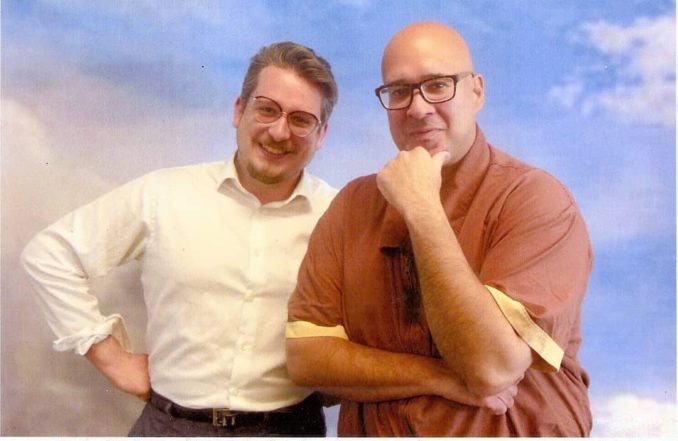 But apart from Anyanwu and staff members Goodson S. Gomonda and Lisa Valinski who worked alongside Butler in the prison library, no one from the Frackville administration showed up at Butler’s memorial. Frackville issued no statement to the men who had gathered to memorialize their friend and fellow inmate. They made no public announcement of his death.

Frackville inmate and activist behind bars Bryant Arroyo, who spoke at Butler’s memorial, thought of his father’s own battle with cancer. Serving a life sentence for a crime he did not commit, Arroyo last saw his father in the prison visiting room: “I recall my Dad saying how painful it was. He had his barf bag. He was maxed out on morphine, still in pain. I’ve been through those things. Those are my scars. I live in honor of him.”

Arroyo expressed a common feeling among the inmates that the prison administration’s lack of respect by not even sending out a memo commenting on Butler’s death was a slap in the face to every person incarcerated at Frackville. This was a man in their custody for years, who was a fixture of the law library and who helped countless men work on their cases by providing resources and advice. Butler provided hope to prisoners fighting for their freedom.

“Good, better, best. Never let it rest. That’s what Cleve wanted everybody to know,” Arroyo said. “In principle, he served. And that is the most remarkable quality of leadership.”

Butler was scheduled to be transferred for treatment to another Pennsylvania state prison that had adequate medical facilities. He died a week before the transfer.

New ways to profit off prisoners

What is behind the callous silence on the part of the administration? “This is a business,” Arroyo said. Prisons in the United States are concentration camps for the poor, where mostly Black and Brown workers are kept in cages as a retainer labor pool. Corporations like Aramark, Smart Communications and GEO Group make billions off of operation of these toxic facilities.

Arroyo echoed the words of recently released MOVE 9 member Eddie Africa, speaking at a Nov. 12 event hosted by the Philadelphia Workers’ Solidarity Network, who said: “Prisons are companies. It’s as simple as that.”

For months now Frackville has been engaged in what appears to be an active campaign to discourage visits to prisoners. On Oct. 30, the prison held a graduation ceremony for prisoners who had completed the Certified Peer Specialist training, GED, and Pell Grant programs. Inmate Pete Span’s daughter, Bianca Livingston, and friend, Ann Cohen, were turned away because their bra hooks and belt buckles set off the metal detector. Linda James, mother of Tyrone James, was also denied entry when trying to visit for the same ceremony.

Arroyo has spoken before on how this pretext is not only a direct violation of the Department of Corrections’ own visitation policies (31B1 in the code of conduct), which states that metal clothing fixtures are not grounds to deny a visit once they are identified, but it constitutes sexual harassment, especially when it polices women’s undergarments.

Arroyo pointed out: “Under the guise of security, they are turning visits into punishments. All we want to do is have an enjoyable visit like [DOC] says we’re supposed to have in their little book.”

The crackdown on visitations is also about profit, like the new prison mailing system that funnels all letters and postage through a third-party corporation in Florida, Smart Communications, in exchange for a multimillion-dollar contract. Now prisons across the state have been contracting for two-way video conferencing stations so prisoners can have “virtual visits.” By putting family members and friends through hell in the visiting room, the DOC aims to discourage outsiders from coming to the facility at all.

“One of the reasons is to replace visits with totally noncontact, virtual visits,” says Arroyo. “The video calls last less than one hour, 52 minutes. Then [the DOC doesn’t] have to deal with any visitors to the actual facility. And [companies] get another huge contract for the tech.”

Arroyo is an outspoken critic of the prison industry and his activism has made him a target for retaliation. When Arroyo tried to send out legal mail, a sergeant Purcell, “in an officious and punitive manner,” refused to process his cash slips so he could put stamps on the letters. This directly blocked Arroyo’s communication with his lawyers.

Likewise, Arroyo’s J-Pay account has been locked for months without explanation. J-Pay is another mass incarceration profiteer and the way that family and friends send funds to inmates so they can buy food and clothing, send letters and make phone calls. Frackville administrators claim they have not locked the account and it’s a “technical issue,” while J-Pay claims that their system is working fine and that Arroyo’s account should be active.

Between the crackdown on in-person visits and the freezing of Arroyo’s account, it seems clear that an attempt is being made to silence this outspoken critic of the prison system, and keep him from contact with the outside world

But Bryant Arroyo is undeterred, just like the many prisoners he stands alongside and struggles with: “If you don’t hold on to truth and you let it go to curry favor with the ones who have captured you, your mental state is enslaved. The truth, no matter how difficult it may be, may be the only thing you have.”

Workers World is proud to continue to elevate the voices of these freedom fighters in the belly of the beast for whom the enemy — white-supremacist, capitalist domination – is ever-present.

“These corporate raiders are like vampires,” Arroyo says. “You can try mirrors; you can try the stake. But the best weapon is to put the sun on their ass. Expose them.”