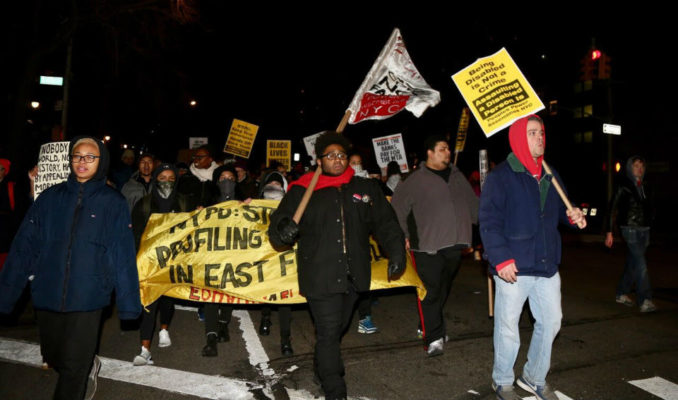 More than 1,000 people marched through Harlem on Nov. 22 in the second emergency action against the escalation of violence against Black and Brown people by the New York Police Department and the Metropolitan Transit Authority Police. On Nov. 8, police arrested a woman selling churros, a Mexican sweet, in a Brooklyn subway station. In other instances, videos show the NYPD tackling and punching children at the Jay Street Metrotech stop and pulling a gun on a 19-year-old riding a subway train.

In response to this militant protest of police brutality, NYPD cops brutally arrested 58 people, targeting them as the demonstration began. Chanting, “No justice, no peace, f–k these racist police” and “Who’s streets? Our streets,” protesters took over the streets. Decolonize This Place, NYC Shut It Down and the People’s Power Assemblies/NYC were among the many groups there.