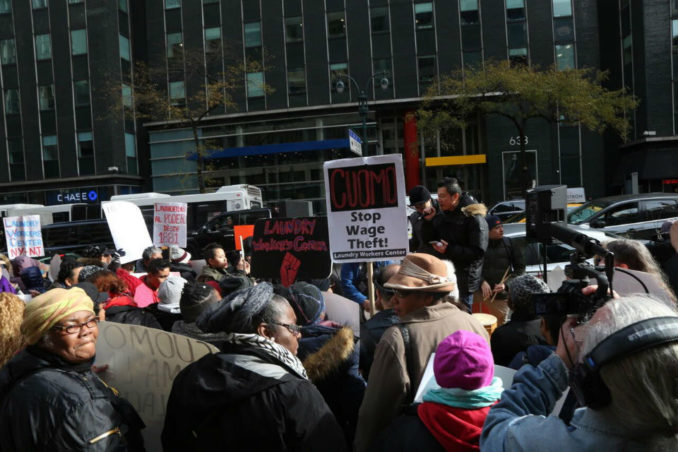 Workers held a powerful rally in front of New York Gov. Andrew Cuomo’s office in midtown Manhattan on Nov. 20 to demand that he sign the SWEAT, Securing Wages Earned Against Theft, Bill, A486/S2844. Passed by both houses of the New York State Legislature in June, it would give workers and the New York Department of Labor the tools to recover stolen wages, including the ability to put a lien on an employer’s business or property until the conclusion of a court case or investigation.

Many workers do not receive minimum wage or overtime pay; some are not paid at all. One speaker noted that he was paid $3 a day, $15 a week working at a bakery. Another worker said he was paid $1 an hour. When workers take action to recover their stolen wages, employers often close up shop and then reopen under a different name. The NYDOL estimates that up to $1 billion is stolen from workers in New York state every year.