Cleveland cops had brutally shot and killed the 12-year-old boy on Nov. 22 five years ago. It happened just seconds after officers Timothy Loehmann and Frank Garmback pulled up to see the youngster playing with a BB gun. When Tamir’s siblings arrived on the scene, they were handcuffed and put in the back of a police vehicle. His mother, Samaria Rice, was not allowed near her son. She was told he was “evidence.” 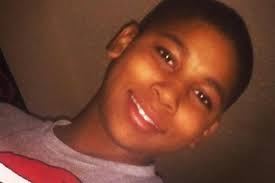 Neither of the cops was charged or even fired for killing Tamir. Loehmann was fired much later — not for murder, but for lying on his job application about his past employment record.

Samaria Rice is a tower of strength in the ongoing fight for justice — not only for her son but for every parent’s child who has been the victim of racist police brutality. She has kept Tamir’s memory alive over the past five years.

Tamir Rice is not forgotten.