A map of the world, recently circulated online, claims to identify the world’s worst offenders responsible for the climate crisis. It named energy ministers in scores of countries — rich and poor, imperialist and oppressed — as equally the culprits for the biggest challenge facing humanity.

The map was no doubt a sincere attempt. But it has a basic flaw.

It is not energy ministers who have been pushing fossil fuels over more sustainable forms of energy. It is the powerful oil, gas and coal industry. 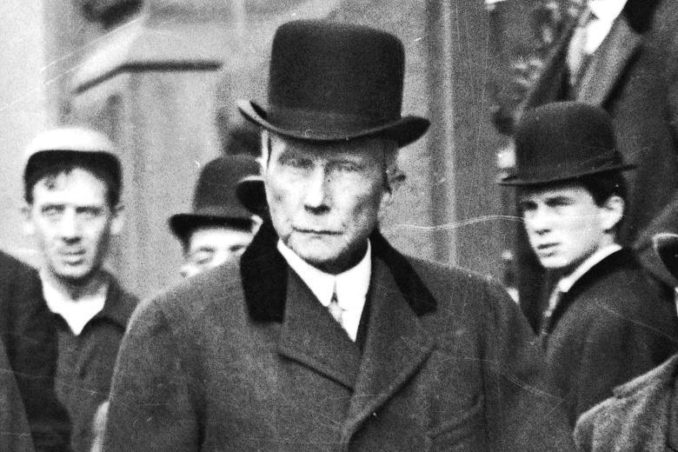 For well over a century, families like the Rockefellers and Gettys in the U.S. built enormous fortunes on the backs of miners and oil workers who dug up or pumped out the fossil fuels that have powered capitalism’s ongoing industrial — later the high-tech — revolution.

Beginning less than a decade after the U.S. Civil War ended, newly acquired oil and coal money played a major role in the emergence of an extravagant lifestyle for the super-rich in a few big cities, especially New York. Industrialists and their bankers began to overtake landowners in a surge of wealth that they flaunted shamelessly, aping the opulent customs of the decadent European ruling classes.

Between 1873 and 1875, the U.S. suffered one of what were then becoming recurrent economic depressions. It was in that period that the Rockefeller family fortune began to skyrocket, as they bought crude oil at ever-lower prices and then sold it for a healthy profit. (See “The Rich and the Super-Rich” by Ferdinand Lundberg.)

That was nearly a century and a half ago. Since then, the Rockefellers and other powerful industrial and banking families — the Rockefellers used their vast oil wealth to “diversify” and became powerful bankers on Wall Street — have run the United States, lock, stock and barrel.  Most of the time they have been satisfied with doing it behind the scenes, leaving public pronouncements to the politicians whose loyalty they can count on. But occasionally they even run for public office.

John D. Rockefeller founded Standard Oil in 1870. His grandson, Nelson Rockefeller, became governor of New York state from 1959 to 1973 and was vice president from 1974 to 1977 under President Gerald Ford. But every administration, whether Democrat or Republican, has had to follow an agenda approved by the super-wealthy families of the fossil fuel industry.

U.S. foreign policy in particular has reflected the dominance of the oil billionaires. There is no question that this is what has driven the horribly destructive U.S. wars in the Middle East and northern Africa, where so much of the world’s oil is extracted. And it didn’t start with the current wars.

Back in 1953, the CIA mounted an operation that overthrew the elected government of Iran, headed by Mohammed Mossadegh, who had nationalized the country’s oil industry. The CIA operation was led by Kermit Roosevelt, a grandson of Theodore Roosevelt.

Once the U.S. had installed the Shah to run Iran, and it seemed this oil-rich country was safely back under the thumb of U.S. corporations, Kermit Roosevelt became an executive of Gulf Oil.

But the triumph of the oil billionaires was not permanent. By 1979, the Shah was overthrown in a revolution that once again nationalized Iran’s oil and toppled the monarchy. That’s why today the U.S. is threatening another war against Iran.

The Cuyahoga River burns in Ohio in 1952, polluted by refineries including Standard Oil.

The oil billionaires who have toppled governments abroad while dominating U.S. politics at home are not ready to allow a little thing like global warming and climate change interfere with their profits. They are driven by the insatiable need of capitalism to produce profits now, not some time down the road.

That is why the fervent pleas of the climate movement get only a mournful “What a shame” response while business goes on as usual. Even when water rises around their ocean-front estates and their ski chalets have to manufacture snow, the super-rich ruling class have bigger worries: What’s going to happen to their investments?

To really fight for and win a sustainable future, we have to understand who the real enemies are. And many, many people in the environmental movement do understand. The growing popularity of the slogan “System change, not climate change” is a testament to this awareness.

The enemies of our movement are the class of billionaires who have profited off our labor while powering their economy with the fossil fuels they have appropriated. Liberating the working class is a precondition to liberating the planet.