Activists around the country continue to participate in militant actions to shut down U.S. Immigration and Custom Enforcement and those complicit with that agency. 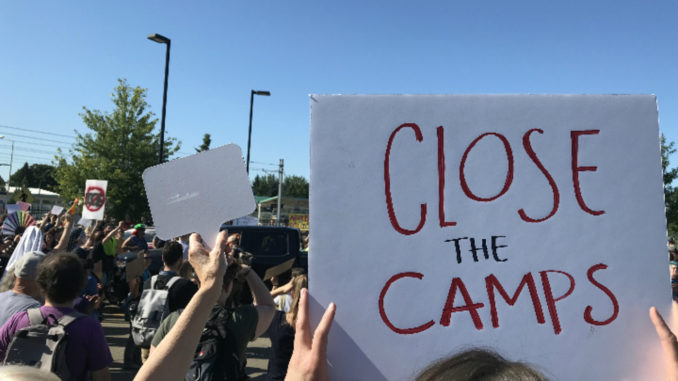 On July 30,  around 200 protesters in St. Paul, Minn., gathered at the Bishop Henry Whipple Federal Building to call for closing concentration camps at the border. Jewish activists who are part of the national group, Never Again Action, organized the event. The group is named as a reminder to never again allow the conditions to occur that led to the Holocaust. The intervention was part of a national wave of actions sponsored by Jewish activists and Never Again Action.

The St. Paul protesters also called for defunding ICE and for permanent protections for all undocumented immigrants and asylum seekers. Announcing that their intention was to disrupt “business as usual,” they blocked vehicle exits at the building to prevent ICE agents from going out to conduct raids.

In Detroit on July 31, the second night of the Democratic presidential debates, immigrant rights 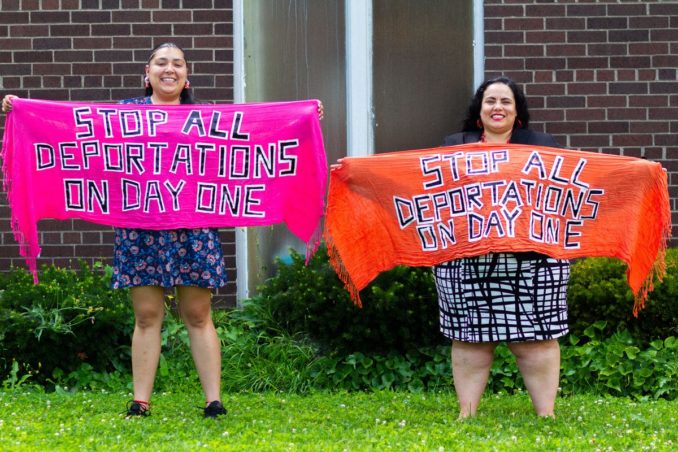 activists disrupted candidate Joe Biden. They chanted “Three million deportations!” as Biden tried to defend his role as vice president with Barack Obama, who deported more immigrants than any other U.S. president before now. The action was organized by Movimiento Cosecha, which means “harvest” in Spanish, paying tribute to the long history of farmworker organizing in the U.S. The group fights for “permanent protection, dignity, and respect for the 11 million undocumented immigrants in the U.S.”

On Aug. 1,  protesters briefly interrupted President Trump twice while he was speaking during a rally at the U.S. Bank Arena in Cincinnati, Ohio.

In Milwaukee  a crowd of 100 activists from Never Again Action and #jewsagainstice rallied and marched on Aug. 1, calling for ICE to be abolished. The event was coordinated with Voces de la Frontera, a community organization led by low-wage workers, immigrants and youth. Activists gathered around the entrances and exits of the ICE building and blocked agents from leaving in order to carry out raids and deportations, eventually shutting down the building. 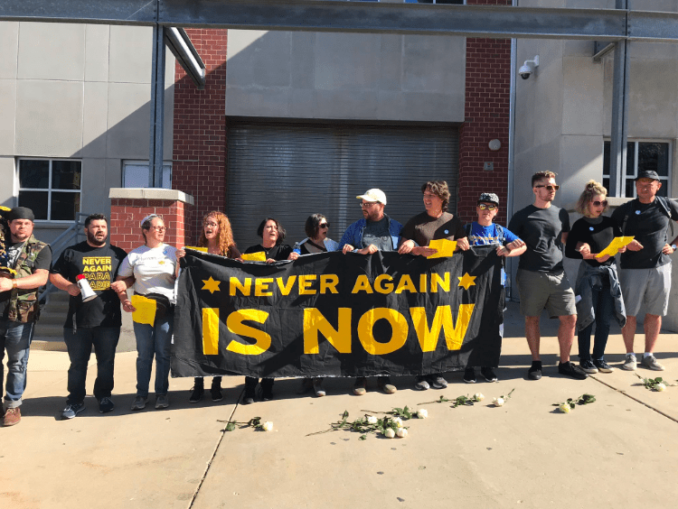 On Aug. 2, activists dropped a giant “No ICE, no prisons, no more cages” banner at a Boston Red Sox baseball game in Fenway Park. Then, on Aug. 4, hundreds of angry and organized pro-migrant, anti-racist prison abolitionists came together in Boston for a March Against Cages. 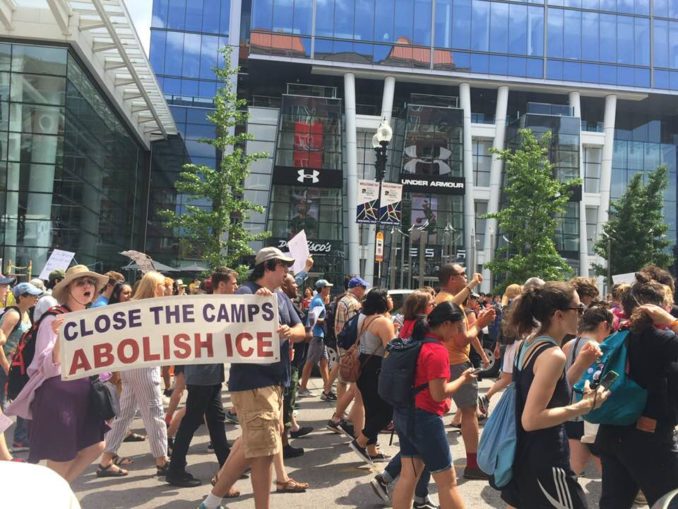 As activists gathered, they were confronted by a group of men in masks, members of a white supremacist group. A video from the scene shows the activists confronting the masked white Nazis marching toward them and finally forcing them to retreat out of the area. (wcvb.com)

Activists then advanced on the American Correctional Association’s 149th Congress of Correction, held at Hynes Convention Center, and shut down the entrance for over three hours. Chants rang out, including, “No hate, no fear, refugees are welcome here;” “We must organize to survive;”  and “Border walls have got to go, from Palestine to Mexico!”

The theme of the protest was “All Cages are Connected!” with hashtag tweeting at   #nomorecages, #abolishice and #nocredentialsforcamps. The action was led by Black Lives Matter; Black and Pink, a Queer-led prison abolitionist group supporting the liberation of LGBTQIA2S+ people and people living with HIV from imprisonment; and Deeper Than Water, focused on prisoner human rights and water justice.

A Deeper Than Water information sheet passed out during the march noted: “The ACA is lobbying, pushing and profiting from the mass incarceration of poor and oppressed people [in the U.S.] — now the largest number in world history — and the caging of migrant families fleeing imperialist-fueled war and economic devastation. The U.S. military creates the refugees and then cages them.

Demands of the demonstrators included to shut down the cages and camps, stop the accreditation of facilities that abuse people and violate human rights, and make the credentialing process public.

Maureen Skehan contributed to this article.