For the 24th consecutive Friday, Algerians all over this vast country marched Aug. 2 to demand that the interim president, prime minister and head of the State Council resign. They chanted: “No to a military state!” and “The people want it — now.” 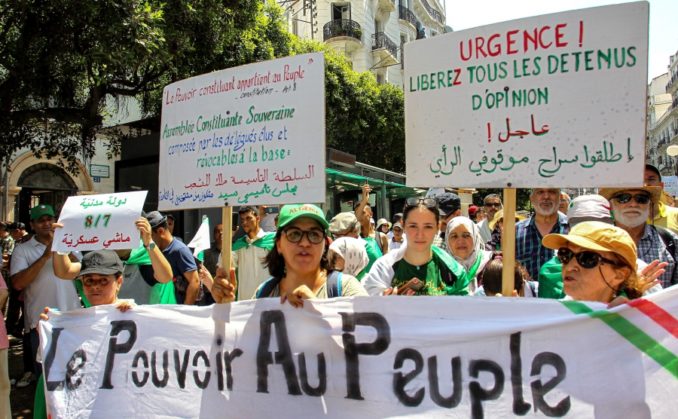 Algerians march for “power to the people”

Some demonstrators raised chants promoting civil disobedience — likely referring to calls for limited general strikes — while others chant: “The army and the people are brothers.” But they also call General Ahmed Gaïd Salah, who is head of the army and effectively the ruler of Algeria, a “traitor.”

In Algiers, the capital and largest city in Algeria, armored personnel carriers from the army and the cops lined and restricted the route of march. In contrast in Oran, a seaside town in western Algeria and Algeria’s second largest city, no cops were visible along 4 kilometers of the march.

According to Huff Post Maghreb, proportionately more women, dressed in a wide range of styles, marched in Oran than in Algiers. In Oran, some of the women carried signs reading: “No, no and no to violence against women and children.” The general sentiment was that they would march again next week “while the system is still around.”

The cops and the army have not attacked the protests with the forces they have available. They have made dozens of arrests, mainly of Tamazigh (called Berber, though they reject that term) activists like Lakhdar Bouregaa, a hero of Algeria’s 1954-62 war of independence against French imperialism, or youth activists. The Friday protests have also been raising demands to stop and reverse these arrests.

Nacer Djabi, a sociology professor at the University of Algiers and a major figure in the opposition, told the July 25 New York Times, “It would be very risky for them” to pull the trigger on the protesters. “They can’t be certain of the instruments of repression themselves.” Djabi is referring to the soldiers in the all-volunteer army who might turn their guns around rather than fire on their brothers and sisters in the streets.

Djabi is one of the 13 people whom the protest movement has accepted as a negotiator to represent them and set up ground rules with the current regime for elections of a new government.

“It’s a question of the balance of power,” said Mohcine Belabbas, head of the opposition Rally for Culture and Democracy, a party with its base in the Tamazigh areas of Algeria. “And for now, the strength is on the side of those who want constitutional change in this country.” 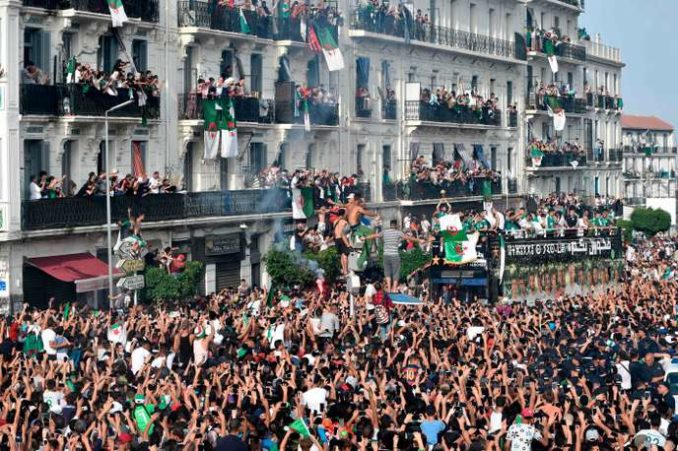 Algerian masses take to the streets

The people in the streets have rejected the last two proposals for elections drawn up by the current regime, which then withdrew them. If the people manage to continue protesting through the hottest part of the year and last until September, this will put intense pressure on the regime to make acceptable concessions.