On May 10, 2018, Rebecca Castro’s car was stopped by a Pennsylvania State trooper who first inquired about her immigration status instead of asking for her license and registration. Castro is a U.S. citizen. The trooper then asked about the status of her two passengers; one was her fiancé Carlos Amaya-Castellanos. They were held for three hours until Immigration Custom and Enforcement agents arrived and placed Castro’s passengers into deportation proceedings. 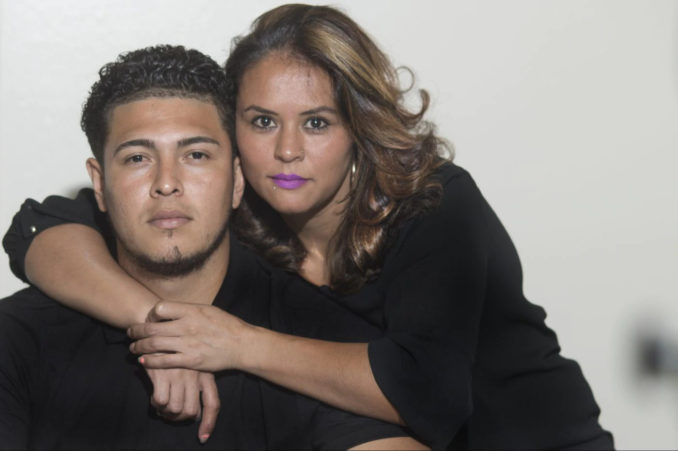 The American Civil Liberties Union filed a federal lawsuit this June 28 against the Pennsylvania State Police on behalf of 10 Latinx plaintiffs, who had been illegally stopped, including Castro. The suit challenges what the ACLU says is “a pattern of police misconduct that follows a common script. Latinx motorists were pulled over by troopers, who immediately sought to ascertain the immigration status of the car’s occupants.” (ProPublica, June 28)

Vanessa Stine, ACLU immigrants’ rights legal fellow, explained in the article that the ACLU examined 30 incidents of traffic stops, involving 200 individuals, including Castro. Stone noted that some victims chose not to be part of the lawsuit out of fear “that asserting or exercising their rights might actually cause them more harm.”

The lawsuit stemmed from a joint 2018 investigative series by the Philadelphia Inquirer and ProPublica, which questioned racial profiling and unlawful arrests of immigrants by state troopers, who were illegally acting as Immigration and Customs Enforcement agents.

The suit concluded: “Pennsylvania State troopers have routinely violated the law by stopping and holding people based solely on their Latino appearance, terrifying drivers and passengers while usurping federal authority to investigate supposed immigration violations.” In some cases similar to Castro’s, the trooper asked first if the driver was a U.S. citizen before even requesting their driver’s license.

Defendants in the suit include the Commonwealth of Pennsylvania, the State Police department and six individual troopers found complicit in the pattern of wrongful stops going back to early 2017 after Donald Trump became president. The record of trooper Luke Macke, who stopped and subsequently detained Castro and her passengers, was particularly nefarious.

Three years of data obtained in the joint investigation showed that in each year between 2015 and 2017, Macke not only increased the number of tickets he wrote but also upped the percentage to Latinx drivers, issuing 33 citations to them in 2015. By 2017, that number had tripled to over 113. Macke turned over 19 undocumented immigrants to ICE officers in 2017 after interrogating them about their legal status and detaining them without warrants. (April 12, 2018)

“None of the migrants had criminal records. Macke encountered some of them not in cars on the roads he patrols, but randomly — as they had a smoke before a night shift outside a shipping company warehouse or bought a soda inside his own police barracks in Carlisle.” (Inquirer, June 27)

The Supreme Court ruled in Rodriguez v. United States April 21, 2015, that absent reasonable suspicion, unnecessarily prolonging a traffic stop beyond the time it takes to address the traffic violation can constitute unreasonable seizure. The high court had also written in another ruling that “detaining individuals solely to verify their immigration status would raise constitutional concerns,” as noncitizens as well as citizens are protected from illegal search and seizure under the Fourth Amendment. (propublica.org, Feb. 5)

Plaintiffs in the ACLU suit are seeking both damages and vindication of their constitutional rights to be free from unlawful detention. They also hope their legal action will lead to improved training and supervision of state police. Whether that will happen remains in question. Although officers are now required to file a report when they call federal agencies, trooper Macke continues to detain and hold immigrants for ICE.

Castro and her now-spouse, Carlos Amaya-Castellanos, are both plaintiffs in the ACLU lawsuit. Although a U.S. citizen born and raised in Idaho, Castro questions her safety: “Right now, I’m scared to go out driving just because of my skin color. They think I’m from Mexico or another foreign country. It’s harassment. We’re not safe.”  (propublica.org, June 28)