The ongoing persecution of South African runner Caster Semenya by the International Association of Athletics Federations has shone a spotlight on the ways sports, under the patriarchal structures of capitalism and imperialism, are used to police and define, in the most unscientific and racist way, rigid definitions of gender. 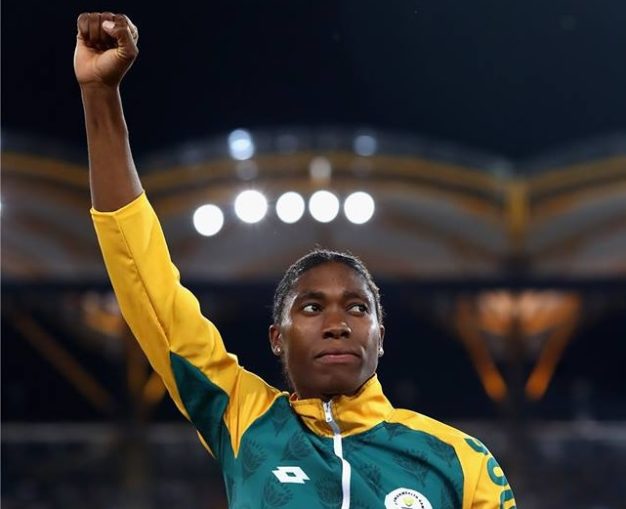 On May 1, the Court of Arbitration for Sport (CAS) upheld a 2018 IAAF ruling that Semenya would have to medically reduce her naturally high testosterone levels to compete internationally. The IAAF has temporarily suspended the ruling after Semenya filed an appeal on May 29.

Women athletes have been forced to undergo incredibly invasive and humiliating “tests” to “prove” their gender for more than 50 years. In 1966, every woman athlete competing in an international game had to participate in a mandatory inspection of their genitals.

Over time, the IAAF has required only women who have been “flagged” to undergo these procedures, which have ranged from visual inspection of breasts and genitals to chromosome tests and ultrasounds. Once deviations from some elusive “norm” are determined, the commission insists that athletes lower their testosterone levels through either surgical processes or hormone replacement therapy if they want to continue competing.

Racist policing of sex and gender

Sports writer Dvora Myers points out that while these kinds of “normalizing” medical practices have routinely been practiced on the nonconsenting bodies of babies and children in the U.S., they have not been standard practice in areas of the Global South. As a result, more athletes from these areas are subject to these kinds of invasive testing and regulating procedures. (deadspin.com, March 4)

In a 2012 presentation at an international sports science, medicine and education conference in Glasgow, Dr. Stephane Bermon, the director of the IAAF’s Health and Science Department, acknowledged that, in contrast to synthetic testosterone, no studies have actually been done on the ways athletic performance is affected by testosterone produced by the body.

Myers states that this admission exposes the IAAF’s attack on Semenya, which is completely unscientific and random, as “a racist, sexist policy intended to police cultural ideas about what an ideal female body should look like and how it should perform.”

The organization has narrowed its regulations to affect only middle-distance runners — in effect, a direct attack on Semenya, who continues to proudly defy these obstacles. The CAS May 1 ruling against Semenya audaciously declared that “discrimination is a necessary, reasonable and proportionate means of achieving the IAAF’s aim of preserving the integrity of female athletics.”

Centuries of attacks on Black women

The particular focus on Semenya has a centuries-old tradition in depiction and scrutiny of Black women’s bodies as unnatural and not womanly. In the early 1800s, Sarah Baartman, a Khoikhoi woman from the Cape of Good Hope area in modern-day South Africa, was displayed in England as a circus attraction. Under the pejorative name of the “Hottentot Venus,” the main focus of the living exhibit was Baartman’s “abnormally” large buttocks. The “Hottentot apron,” a name coined for the elongated labia of Khoikhoi women, had been sensationalized through travel journals and the texts of “naturalists.”

After Baartman’s death, the British government gave her body to renowned French naturalist George Cuvier, who dissected it and displayed her labia at a French Academy of Science meeting. Baartman’s skeleton and a plaster cast of her body were still on display at the Muséum d’histoire naturelle d’Angers until the late 20th century, when her remains were returned to South Africa as a symbol of postcolonial nationalist pride.

These kinds of actions — with a throughline to the IAAF’s rulings and regulations — set up a rigid definition of femininity that ignores the vast diversity of bodies, identities and expressions found in nature, and explicitly targets the bodies of Black women as the prime example of deviancy. It includes the scrutiny and ridicule of tennis sensation Serena Williams’ body, as well as her outspokenness in response to the racism and sexism she faces on the court.

And yet, in sports some advantages are celebrated — as long as they belong to the right bodies. Washington Post columnist Monica Hesse asks why acclaimed Olympic swimmer Michael Phelps’ documented genetic benefits — including double-jointed ankles and the production of less lactic acid (which causes fatigue) than the average athlete — are not subject to the same kinds of critique as Semenya’s testosterone levels. (May 2)

Meanwhile, the advantages of race, class and nation are unregulated and, in fact, ignored in favor of a false narrative of equality, as if every athlete from every country has access to the best nutrition, training facilities and coaches.

Dutee Chand, who recently became India’s first openly gay athlete after going public about her sexuality, successfully challenged an IAAF ruling that would have required her to lower her testosterone levels in 2015. She stated: “This wasn’t just about me, but about all women like me, who come from difficult backgrounds. It is mostly people from poor backgrounds who come into running — people who know they will get food, housing, a job, if they run well.” (New York Times, June 27, 2016)

However, sports also have the potential to be a unifying, liberating force. Powerlifter Mary Gregory says, “In lifting, you see people of all different shapes and sizes under the bar, and it doesn’t matter what you look like or how big you are, how small you are, how pretty you are. It’s just about what you can do and what you might be capable of. That’s such an empowering thing, and it really gave me the strength to handle everything.” (Washington Post, May 19)

Gregory, a transgender woman, was stripped May 1 of the awards she won at a 100% Raw Powerlifting Federation competition in Richmond after officials claimed she should have competed in the men’s division.

Like Semenya, she has vowed to continue fighting to compete in the sport she loves. Semenya recently told the press: “I always run every day. For me it is my daily bread. I really don’t have time for nonsense.” (theguardian.com, June 11)