The U.S. government is charging that on June 13 Iran attacked two oil tankers in the Strait of Hormuz  — the Norwegian-owned MT Front Altair and the Japanese-owned Kokuka Courageous.

The threat of yet another U.S. military aggression in an area already devastated by decades of war is very real. Everyone opposed to such a horrific possibility must do all they can to stop it.

The U.S. charge is preposterous. Governments of other imperialist countries allied in the past with the U.S. are already voicing their skepticism. 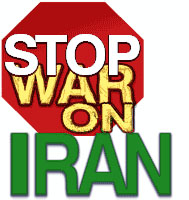 Why on earth would Iran attack a Japanese oil tanker at the very moment when the prime minister of Japan was visiting Iran? Shinzo Abe, who was in Tehran for talks with the Iranian government, called for all countries to refrain from taking actions that could escalate tensions. He made the appeal right after a telephone call with Donald Trump, who had immediately blamed Iran for the attacks and called Iran “a nation of terror.”

Iran, of course, has no warships, planes or submarines terrorizing the whole world. The U.S. does.

The U.S. administration is claiming it has a video of Iranians removing a mine from one of the ships. But Yutaka Katada, president of the Japanese ship company, called reports of a mine attack “false” because damage to the ship was above the water line and sailors on board had seen “flying objects” before the attack that could have been bullets.

Iranian Foreign Minister Mohammad Javad Zarif called the accusations part of a plot by hawkish politicians in the U.S. and the region.

Not even established bourgeois news outlets are buying the Trump administration’s story.

The New Yorker magazine already has an article online about the many phony excuses the U.S. government has used over the decades to justify its military aggression. That article starts out: “The United States has a long history of provoking, instigating or launching wars based on dubious, flimsy or manufactured threats.”

It cites the explosion of the battleship Maine in Havana harbor that the U.S. used to whip up support for the 1898 war with Spain. (It was later proved the Maine blew up, not from a Spanish mine, but from a fire onboard.) Also named as “threats” invented by the U.S. were the phony Gulf of Tonkin “attack” used to justify sending troops to Vietnam in 1964; and the “intelligence” about Iraqi “weapons of mass destruction” manufactured to facilitate the 2003 invasion of Iraq.

The very real threats of more murder and mayhem, issued right now by the U.S. ruling class and its death machine, cry out for militant opposition.

No war on Iran! Stop this war before it starts!