Mike and Debbie Africa, MOVE 9 members unjustly imprisoned in 1978, were finally released in 2018. The MOVE 9 were falsely convicted and sentenced to life in prison for the killing of a white cop during a brutal police assault on their house.

On April 6 Debbie and Mike were married in Philadelphia in front of a packed room of family, friends and political activists. Their love story spanned over four decades! 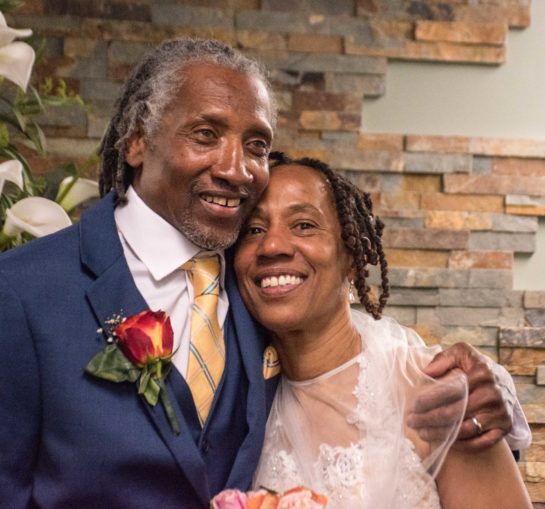 April 6 wedding of Mike and Debbie Africa in Philadelphia