Millions of Algerians came out in the streets April 5, even after President Abdelaziz Bouteflika had officially resigned. The general sentiment was: “We have won a battle, but not the war.”  Bouteflika’s colleagues are still in charge of the government. 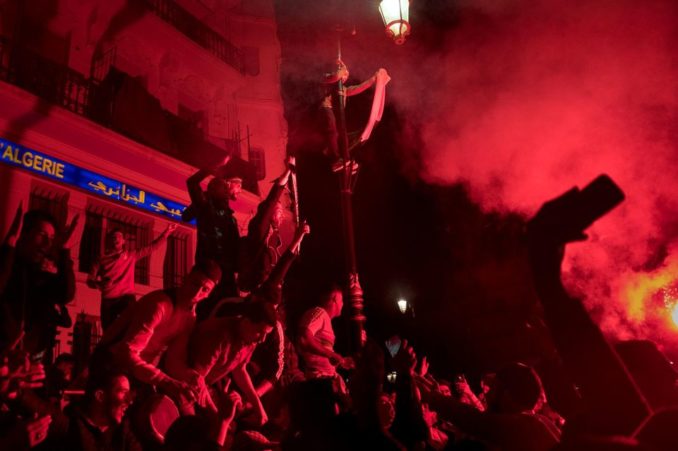 Millions of Algerian workers protest after forcing president to resign

According to the official Algerian Press Service, protests took place in 42 of Algeria’s 48 provinces.  In its major cities — Algiers, Oran, Constantine and Annaba — hundreds of thousands of people came out. Even in its southern provinces, in the depths of the Sahara Desert, such as Ouargla, Touggourt, Ghardaia, El-Oued, Adrar, Tamanrasset and Tindouf, people staged peaceful protests and rallies in the main streets and squares, insisting on the departure of the current “illegitimate” government and the “dissolution of all assemblies.” (APS, April 5)

These southern cities are isolated, but they are centers for the extraction of much of the raw materials that Algeria depends on. For example, 70 percent of Algerian petroleum is extracted around Ouargla.  (Le Monde, Jan. 3)

Even though millions of Algerians were militantly in the streets, the ministry of interior reported that they were no incidents, and the marches and protests dispersed peacefully at sundown.

Thousands of Algerians living in France and their children held their seventh, very large support demonstration in Paris Sunday, April 7.

Before the marches, there were street meetings, conducted in Arabic, Tamazigh (sometimes called Kabyle) and even French.  They were free wheeling, mainly focused on the problem of where to go next in the current political struggles and how to treat women and workers. There appears to have been general agreement on the departure of three close associates of Bouteflika — Abdelkader Bensalah, head of parliament’s upper chamber; Tayeb Belaiz, head of the Constitutional Council; Noureddine Bedoui, former minister of the interior. He was considered an “active enemy of liberty” in the opinion of many opponents of Bouteflika, but was, since March 11, the prime minister.

Different views on how to restructure Algerian society

There are many opinions floating around about the direction the February 22 movement should take to create basic changes in the structure of Algerian society.  There is widespread acknowledgment that an Egyptian-style solution, where the army takes control and runs society, is to be avoided. Signs shown on French television stress both the nonviolent nature of the struggle so far, but also its steely determination. For example, one reads: “Without violence: without hate; without vengeance — all of them have to get gone!”

Mustapha Bouchachi represents one tendency in the movement, and has been frequently interviewed and quoted by major bourgeois press like the New York Times and Le Monde.  He is a leader of the FFS (Front of Socialist Forces), which was founded by a hero of the Algerian revolution, Hocine Aït Ahmed, in 1963. Aït Ahmed was a member of the Socialist International.

In an interview with Le Monde, Bouchachi proposes a “government of national understanding with a collective or individual presidency. The army must accompany the transformation to a new democratic regime. In this fragile period, we need a strong institution to accompany this transition.”  (April 5)

He is basically opposing workers and women issuing demands to address their particular oppressions.

Zoheïr Bessa, who is director of Alger Republicain, a historical journal publishing communist and progressive writers, wrote a rebuttal to Bouchachi. He has represented the Algerian Party for Democracy and Socialism (PADS), which calls itself communist in international forums. 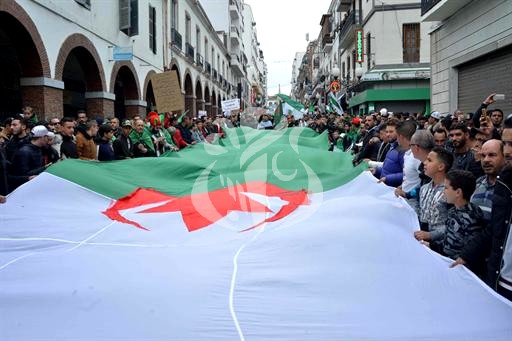 He writes: “Workers who can no longer tolerate deprivation and inequality, women who demand equality, are therefore asked by the ‘strong arms’ visibly in charge of controlling slogans, not to ‘divide’ the unanimous movement against Bouteflika by ‘inappropriate’ sectoral social demands. Above all, no strikes in the productive sectors, the Bouchachi tell us!” That would interfere with the flow of profits.

Bessa goes on to say the bourgeoisie’s “greatest fear is that” these struggles “will lead … beyond the overthrow of the current regime, which nobody wants any more, to the demand for a regime that puts the perspective of a socialist society back on the agenda.” He calls for “class unions, unitary and coordinated, to shake off the chains of capitalist slavery, to fight for a truly democratic and popular revolutionary government, to participate in the creation of a revolutionary class party.” (Alger Republicain, April 3)

Bouchachi and Bessa offer two different perspectives to the masses who are still out in the millions on the streets of Algeria.