Atlanta – A militant, colorful and loud protest was held outside Immigration and Customs Enforcement headquarters here March 11 in support of Chin — also known as Yuen Tsui. Chin is a young trans man who has been held in solitary confinement for 14 months. The demonstration was supported by the National Queer Asian Pacific Islander Alliance and Southerners on New Ground (SONG). 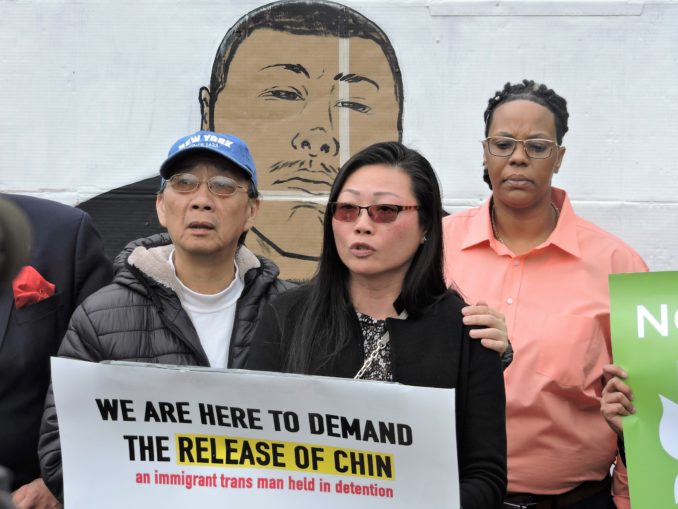 Demonstrators demanded ICE release Chin, first, from solitary confinement and, then, from Irwin County detention, which serves as a private jail for ICE prisoners. ICE has claimed it holds Chin in solitary due to his gender identity. A hearing was held the next day about these demands, but no ruling has been issued yet. Chin’s father and sister spoke, as well as leaders of the two sponsoring organizations.

To demand that Chin’s request for parole be granted, sign the petition at tinyurl.com/yxfx7qfz/.