A number of commemorations took place on March 8, International Working Women’s Day, in the U.S.  Here is a sampling of a few of them.

In New York City, representatives from women’s groups, Malaya Movement, BAYAN USA, GABRIELA New York, International Working Women’s Day Coalition and International Women’s Alliance (Americas), protested in solidarity to end all forms of violence against women and children in the Philippines and all around the world. 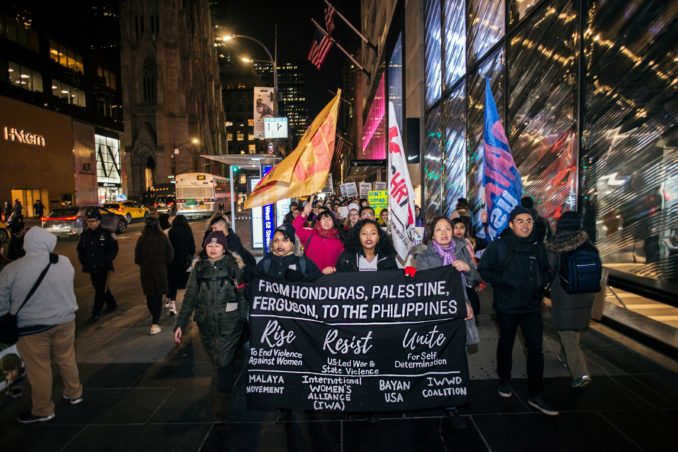 Under the general theme of “RISE, RESIST, and UNITE,” activists gathered in front of the Philippines Consulate at the United Nations to denounce the worsening human rights crisis in the Philippines under its misogynist President Duterte and to stop the attacks on Filipino women and children.  The activists then took their protest to Trump Tower to expose the U.S. administration’s ongoing xenophobic and neo-fascist attacks on communities of color, women, immigrants, refugees and LGBTQ+ people. 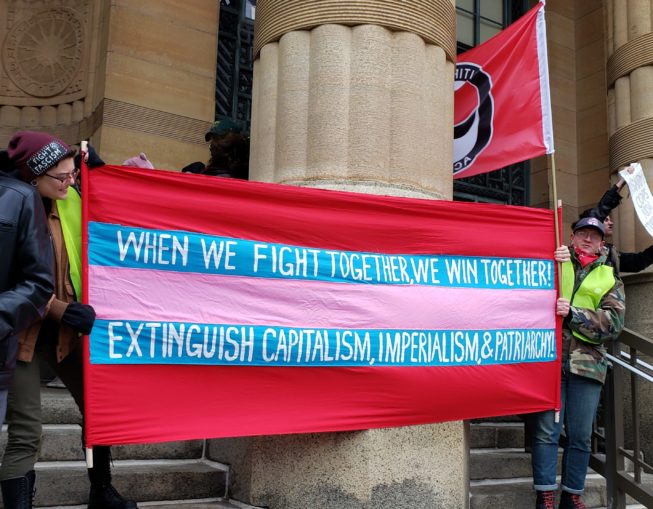 A multinational crowd came out for International Working Women’s Day in Cleveland. Speakers included community activists and elected officials; the latter reflected the increased number of women of color voted into office here and countrywide. A march through downtown followed the rally outside City Hall. The action was called by Cleveland Women’s March, Imperial Women and International Women’s Day March Cleveland.