In the early 1960s, a group of top officials in the John Kennedy administration — known as the “whiz kids” for their alleged sterling performance at university, as industrial officers or U.S. officials — escalated Washington’s war of aggression against Vietnam.

New York Times reporter David Halberstam in his 1972 book, “The Best and the Brightest” — a title he meant to be ironic — described how the whiz kids overestimated the capability of the U.S. while underestimating the Vietnamese and their leadership.

Now, nearly 60 years later, another group of U.S. top officials is leading the charge of a new reactionary crusade. No one would call them the best or brightest, even with irony. 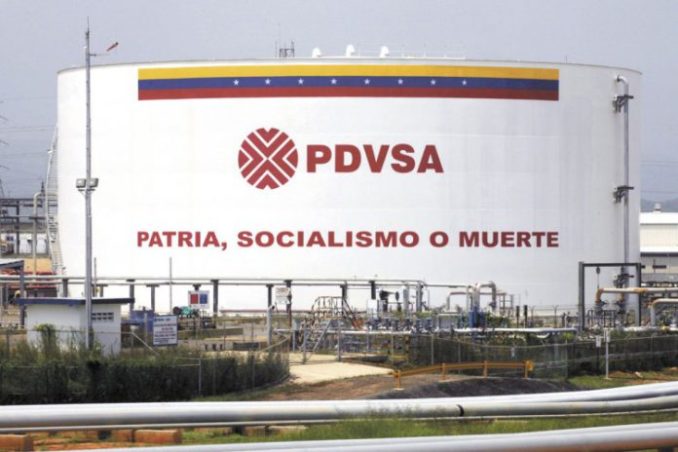 These seven officials are waging aggression with far less cover than is usual. They have openly stated their goal: to conquer Venezuela and seize its resources, especially its oil and gold reserves, and also re-establish complete U.S. domination of the Western Hemisphere by overthrowing the governments in Cuba and Nicaragua.

Far from whiz kids, they are individuals whose main and often only qualification is their willingness to tell the most outrageous lies and commit the most heinous of crimes to achieve their reactionary and anti-people goals. They are the bottom feeders in the cesspool of imperialist officials.

National Security Advisor John Bolton, who constantly agitates for war against Iran, threatens the Democratic People’s Republic of Korea with annihilation and is a perpetual warmonger.

Elliott Abrams, the special envoy overseeing policy for Venezuela, who they had to drag up from the Mariana Trench of the cesspool. Abrams’ record dates from the 1980s when he armed the “contras” against Nicaragua and put the genocidal Rios Montt regime in power in Guatemala. Abrams was even convicted of lying to the U.S. Congress, only to be pardoned by President George H.W. Bush.

Senator Marco Rubio from Florida, whose personal history and beliefs coincide with political expediency to put him on the side of Cuban, Nicaraguan and Venezuelan exiles. These former oligarchs, capitalists and their hangers-on now inhabit Rubio’s state.

Secretary of State Mike Pompeo — a former CIA head — and Secretary of Treasury Steven Mnuchin also announced their intention to mobilize every Latin American puppet and European junior imperialist partner as they attempt to blockade Venezuela and steal its property.

Trump himself makes his hatred of everyone south of the U.S. border (except for his lackies) emphatic every time he tweets. One wonders if his “advisers” have convinced him that he will be welcomed in Caracas to throw paper towels to cheering crowds, as he did in hurricane-devastated Puerto Rico.

No less dangerous for it

Any politically conscious Venezuelan or other Latin American will easily recognize this U.S. gang as enemies of their people. This gang of seven may be less skilled at carrying off an intervention, which in the end can be defeated. The gang’s incompetence and congenital underestimation of the masses, however, does not automatically mean less harm to the people of Bolivarian Venezuela or to all of the Americas.

All the more reason for those inside the U.S. who want to defend Venezuela from these criminals to recognize the massive distrust of the Trump administration and mobilize against U.S. intervention.

Demonstrate on the weekend of Feb. 23 in your city. Go to No War on Venezuela! (nowaronvenezuela.org) for actions. Mobilize for a national demonstration in Washington, D.C., on March 16 and another on March 30. And be ready to argue, struggle and win to stop a new calamity.

Venezuelan President Nicolás Maduro — the real president — warned of a conflict “worse than Vietnam” if the U.S. should invade. That message must be taken seriously.