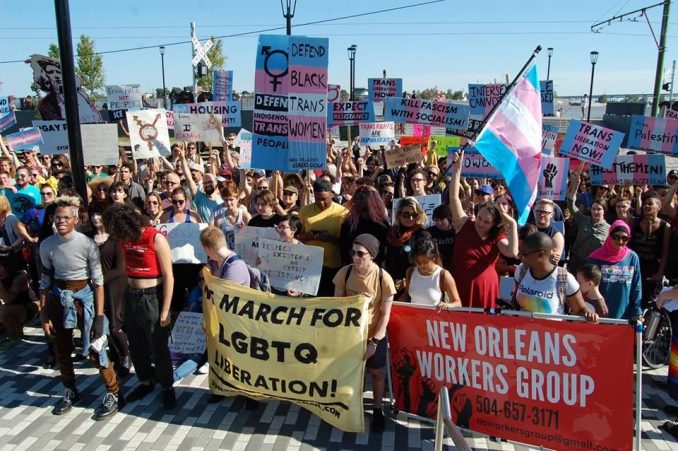 Two hundred people marched through New Orleans’ French Quarter on Oct. 27 to defend trans people. The march was called in response to Trump’s attempt to wipe out the civil rights and existence of trans people. Speakers were cheered when they declared that the movement needed to unite for workers, women, im/migrants, the environment, health care, housing, and to fight against white supremacy. The crowd cheered loudly whenever blame was put on capitalism.The march was organized by the New Orleans Workers Group, a local revolutionary socialist organization.