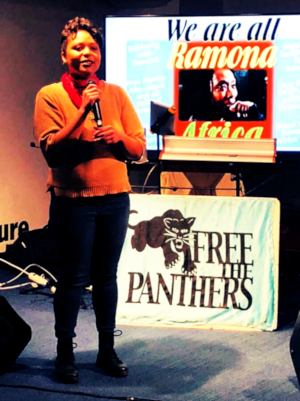 Over 100 activists attended an Oct. 13 cultural fundraiser in New York City for Ramona Africa, a leader of the MOVE family in Philadelphia. She is the only adult survivor of the bombing of the MOVE house on May 13, 1985, by the Philadelphia police and federal agencies. Africa suffered a stroke in August 2017 and now faces tens of thousands of dollars for medical care and rehabilitation.

Cultural artists and activists paid tribute to Ramona Africa throughout the evening as she watched from her hospital bed via a web link. Following the program, deejays provided music for dancing.