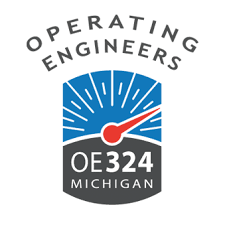 Detroit — Polls of Michigan residents repeatedly indicate that fixing the state’s dilapidated road infrastructure is a top concern. Yet most construction work has been at a standstill since Sept. 4, when members of Operating Engineers Local 324, which represents equipment operators in the whole state of Michigan, were told not to report for work by the anti-union contractors’ consortium, Michigan Infrastructure and Transportation Associates.

In metropolitan Detroit alone, dozens of road repair projects are shut down. If work is not resumed soon, the driving public can expect to spend another winter navigating a maze of inconvenient detours that lengthen their daily commute.

Let’s be clear: The union members, who operate heavy equipment, are not on strike. MITA is calling the work stoppage that it initiated “a defensive lockout.”

It’s important to note, however, that OE’s master contract with MITA and other Michigan contractors expired June 1, at which time their bargaining relationship with the contractor group ceased. The union contends that “the lack of a contract means the employees are effectively ‘at-will.’ As such, the contractors have no authority to lock workers out. Therefore, this is an involuntary layoff.” (oe324.org)

So far, Local 324 has ratified a new master contract with roughly half of all union road building companies in Michigan; only a few of them are affiliated with MITA.

The other half, as MITA members, have laid off all of their OE member employees indefinitely. According to OE, some MITA contractors would be willing to adhere to the terms of the master contract, but the anti-union companies that control MITA have threatened to use their clout to deprive such contractors from getting jobs. MITA has threatened out-of-state companies that they will not get work in Michigan if they negotiate directly with Local 324.

MITA says it will bring OE members back to work if the operators ratify a contract that the association drafted unilaterally. The media have emphasized that the MITA contract raises pay and benefits by $8 an hour over five years.

But the contract the union signed with several dozen companies actually has a smaller pay increase than what MITA is offering. Why then did the union decide not to deal with MITA?

The major contract improvements OE secured from other companies had stronger language on subcontracting and new apprenticeship opportunities. This assures job security for current employees and opportunities for the next generation. These improvements are exactly what MITA is steadfastly resisting.

As OE spokesperson Dan McKernan explained to WW, even if the union signs with a MITA contractor, if that contractor secures a bid with the state, they will turn around and subcontract the work to a nonunion outfit, throwing OE members out of work.

MITA counts about 600 companies as members, over two-thirds of them nonunion. Only 40 of those companies have contracts with OE 324. Thus, nonunion and anti-union contractors are using the weapon of income deprivation to weaken the union.

In the process they are holding Michigan’s driving public and taxpayers hostage. Will the Michigan Department of Transportation, which does not employ OE members directly, fine the companies — as state law allows — for creating unnecessary delays? Or will the state pass additional costs onto the public?

MITA has encouraged its member companies to allow untrained workers to operate equipment. However, this is skilled work requiring years of training. Ultimately, this reckless position endangers communities.

When MITA threatened to stop work, the union held eight meetings across the state, seeking membership approval for its decision not to negotiate with union-busting MITA. Worker support for this course was overwhelming; at one meeting of over 1,200, only seven members stood in opposition.

Local 324 is asking supporters to call MDOT (517-373-2090) and demand that the state pressure the contractors to resume project work and get the roads reopened.