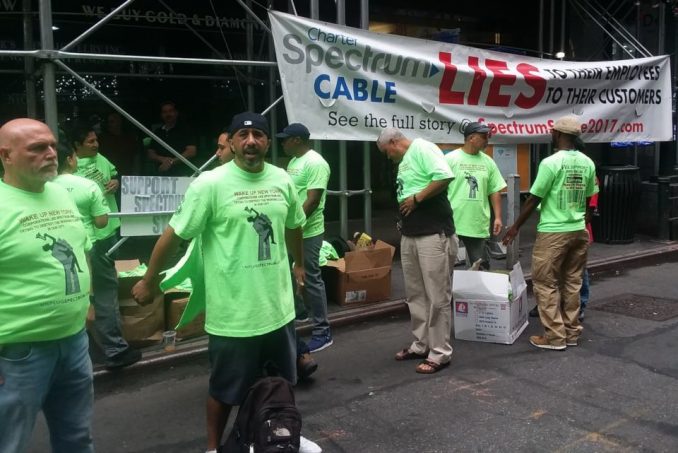 Unionized workers turned out by the thousands for New York City’s Central Labor Council annual parade on Sept. 8. Because many city workers of Caribbean origin attend the annual Carnival parade in Brooklyn on the official U.S. Labor Day, NYC’s Labor Day is usually scheduled for the following Saturday.

The CLC march advanced down Fifth Avenue past a tenacious stand of cable technicians who have been on strike against Spectrum/Charter since March 2017. The stalwart workers appealed to fellow members of the International Electrical Workers Local 3 and other marchers to buy and wear a T-shirt in support of the 18-month strike. Shirts were neon green, appropriate for safety on all construction sites.

The workers’ fight against the greedy bosses now includes legal cases filed by state agencies detailing the company’s failure to deliver on internet access for all. Read more about the struggle of IBEW Local 3 in the members’ own voices at UnplugSpectrum.com. To read about community support, visit ­tinyurl.com/y965s8g3.