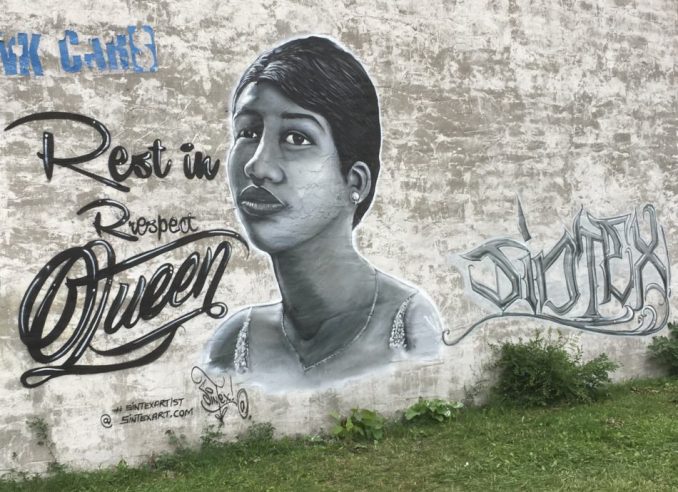 For two weeks, Detroit has been mourning the death of Aretha Franklin, the legendary musical artist, activist and genuine philanthropist who called this city home.

From the moment the news broke of Franklin’s passing, fans and admirers have stopped by her church, the historic New Bethel Baptist, to leave flowers, balloons, cards and handmade signs, or to just congregate.

For decades, Aretha Franklin has been woven into the fabric of community life here. In the past two weeks, numerous stories have been shared of how the artist generously shared her fortune and talents with Detroit. One time, she walked into a music store and bought instruments for music students in Detroit Public Schools. She then sat down at the piano and played and sang for the people in the store.

When catering her legendary parties, Franklin would order extra food and have it delivered to homeless shelters. When she saw a news story about a family’s hardship, she would anonymously arrange for a check to be delivered. She often sang for local churches and organized gospel revivals.

This support has touched the heart of this oppressed city, which has been all but written off by the capitalist class — save for a few neighborhoods being gentrified and falsely presented as evidence of a “comeback.”

Tens of thousands lined up for blocks during three days of visitation. The Charles H. Wright Museum of African-American History was open from 9 a.m. until 9 p.m. Aug. 28 and 29, followed by a third day of viewing at New Bethel. There was no let-up in the long lines.

People traveled from all over the country, and the world, to say goodbye to the Queen of Soul. But it was clear throughout the days of remembrance that Detroit, the city she grew up in, had a special place in her heart — and vice versa.

Tickets to a special tribute concert Aug. 30 were snapped up in 10 minutes. Well-known performers from a range of genres — rhythm and blues, gospel, hip-hop, country, classical and jazz — came here to honor Franklin. Angela Davis was one of the guest speakers. When Davis was in jail in 1970, Franklin offered to pay her bail.

The Aug. 31 funeral was a political event. Several speakers recalled the artist’s solidarity with Davis and the many concerts where she, Harry Belafonte and others raised money for the Civil Rights Movement. More recently, Franklin lent support to the Poor People’s Campaign. Her deeply felt Black pride and love for the Black community were referenced repeatedly.

President Donald Trump was blasted for his claim that Franklin “worked for me on numerous occasions.” The acclaimed professor Michael Eric Dyson hammered back: “You foolish fascist! She ain’t worked for you. She worked above you. She worked beyond you.”

There were a number of stellar musical performances at the funeral. Stevie Wonder, another Detroit native who retains strong ties, ended the celebration with his song “As.” With the words “I’ll be loving you always,” he spoke to Detroit’s enduring affection for the Queen.