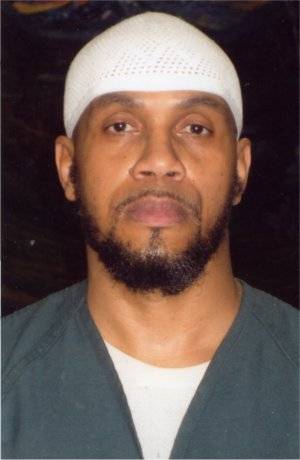 Imam Siddique Abdullah Hasan has been on death row in Ohio since 1993, when he was wrongly convicted of killing a prison guard during the Lucasville Uprising, which took place in April of that year. He is one of five defendants who were at the Lucasville, Ohio, prison during the uprising who could be executed for murders they did not commit.

Several dozen other inmates, including Greg Curry, were given long sentences. Most of the Lucasville defendants are now housed at the Ohio State Penitentiary supermax facility in Youngstown.

Hasan, Curry and others are regularly subjected to intense harassment because of their convictions stemming from the uprising. Hasan has spoken via phone to meetings held this year to mark the 25th anniversary of the rebellion. In April on the anniversary of the uprising surrender, Hasan, Curry, Keith Lamar, Jason Robb and Nameer Mateen had their phone and email access taken away.

Lamar, Robb and Mateen are members of the five who are on death row in connection with Lucasville. The fifth person on death row, George Skatzes, is in a different state prison. It took a mass phone campaign to get their normal rights as prisoners restored.

On July 27, Hasan was charged with five infractions of prison rules and put in solitary confinement — “the hole.” All the charges were in connection with the national prison work stoppage set to begin Aug. 21. The following day, July 28, Hasan began a hunger strike, which he ended 12 days later due to medical complications.

Normally, alleged infractions at OSP are addressed before the Rules Infraction Board, but Hasan was dragged before the Serious Misconduct Panel for a hearing Aug. 14. He was not allowed to view all the evidence against him. Two prison officials constituted the panel.

Although the charges were based on conversations Hasan had with supporters over the phone, his request to have those supporters called as witnesses was denied.

This writer, who helped organize a solidarity meeting in Detroit which featured a phone-in presentation by Hasan, was among those willing to testify over the phone. Yet “unavailability” was cited, along with “relevancy” and “security concerns,” as reasons to block our testimony.

The charging official was Brian Wittrup, chief of the Bureau of Classification, who claimed that, by supporting a prison work stoppage, Hasan was encouraging prisoners to riot. At one point, he admitted that Hasan never promoted rioting, but opined that things could get out of control, hence Hasan was guilty.

So Imam Hasan was found guilty of all charges and put in “Extended Restricted Housing” Level 3. His phone and email access was denied for one year, along with kiosk (commissary) privileges. This restriction can be reviewed every 90 days.

According to Greg Curry, who was finally released from the hole, inmates stopped working to protest the treatment of Hasan and the crackdown on his entire cell block after Curry allowed information on Hasan’s unjust treatment to reach the outside. “Of course the cops went to their special inmates to get them to cross the picket line but that was frowned upon,” said Curry. (lucasvilleamnesty.org) Authorities attempted to plant a knife on Curry, but the RIB had to drop the charge due to lack of evidence.