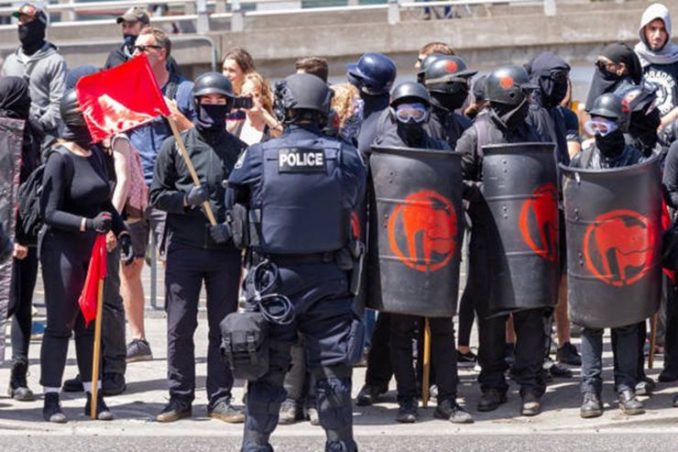 The far-right nationalist group “Patriot Prayer,” with leader and senatorial nominee Joey Gibson in tow, came to Portland, Ore., on Aug. 4 with the explicit purpose of promoting hatred and causing violence against the working people of the city.

This cryptofascist gathering did not go unchallenged. Anti-fascist fighters from all over the Pacific Northwest heard the call to defend the city and arrived in droves to do just that.

As expected, the Portland Police Bureau went out of its way to ensure that ultranationalist aggressors were protected from facing any of the consequences that naturally come with chauvinism, racism and homophobia. The bigots’ safety was ensured while progressive forces were viciously targeted by police with tear gas, pepper spray, rubber bullets, concussion grenades and physical force.

The cops’ attack did not end with just the anti-fascists. Eder Campuzano, a reporter for The Oregonian, wrote on Twitter and posted photos showing that he was shot in the head with a police projectile. The object penetrated his helmet and caused significant injury to his head, forcing him to be treated at the hospital.

Anti-fascist forces stood their ground even in the face of extreme police and state repression, ensuring that these far-right invaders would not be allowed a secure platform to spread their hate.

In the end, Patriot Prayer was forced to retreat to the buses they had used to shuttle people in from all over the country. But only after they had been given a very clear reminder that anywhere fascism shows its hateful head it will be resisted and smashed by any means necessary.