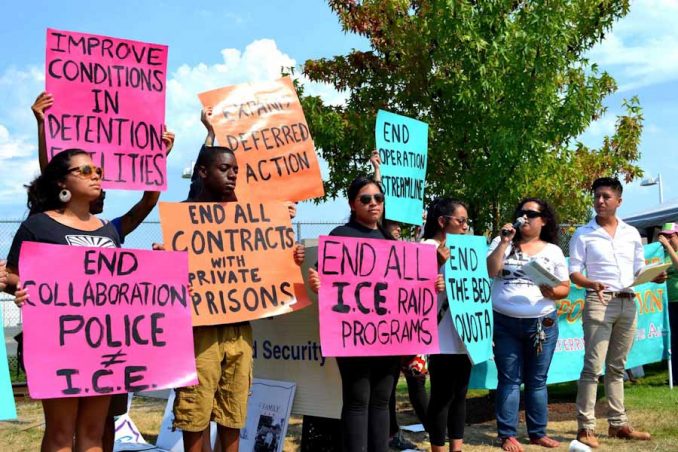 Two mariachi bands played outside the prison. The music was sent in over phones to some prisoners inside. Maru Mora Villalpando, an organizer on the outside, spoke with a prisoner on the inside and communicated his message to a large rally. He said that 170 prisoners had gone on a two-day hunger strike and thanked the demonstrators for their ­solidarity.

The prisoners sent the following message: “We decided to begin a hunger strike on Saturday, July 14, in the morning, once we heard our supporters would be outside the facility on Saturday afternoon, to show we also support them, and expose the problems in here, problems with food getting worse, and in support of the families separated at the border and the children in detention.

“We want people detained to know we are not alone, to know that by being united in here our voices can be heard outside. So that everyone knows of the assaults and harassment we suffer at the hands of Geo guards.” (tinyurl.com/FB-NWDCR)