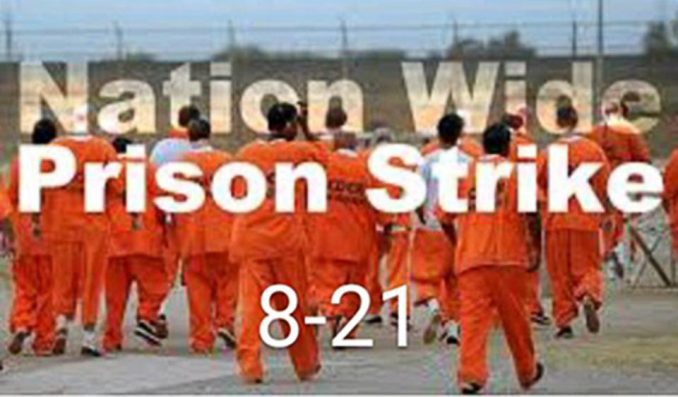 This is Part 3 of an interview conducted after an April 15 rebellion at Lee Correctional Institution, a South Carolina maximum security prison. Jared Ware spoke with individuals inside Lee, including one who identified himself as a member of Jailhouse Lawyers Speak, a group of imprisoned human rights advocates who have called for a National Prison Strike from Aug. 21 to Sept. 9.

S: Yeah, they are only reporting certain kinds of deaths, not including some deaths that they have caused themselves. Just to give you an example, they have a cell in the area they call the RHU (Restrictive Housing Unit) that’s supposed to be the area they put people that get in trouble or whatever. And they’ve got a cell that’s called a CI (Crisis Intervention) cell. That’s where they strip you, make you get butt-naked, you got no clothes on, no nothing, and when they do bring you something, they’ll bring you a suicide blanket only.

A guy years ago, he said he was going to kill himself, so they put him in the CI. The guy told one of the lieutenants later on that night he was cool. The lieutenant gave the man a sheet, and then they say the man hanged himself. But by policy and by rule, nobody is supposed to have [any] sheets in [any] CI cell, and everybody know that, especially the lieutenant, who’s a supervisor. So that’s their fault. He was a mentally ill patient. That’s on them.

D: Absolutely. I’d like to add to that. One of the reasons why the number is probably higher as well is they’re dealing with medical neglect. We’ve seen incidents where guys fall out, [and] get no medical treatment whatsoever. I consider those direct murders, as well, of the state. When staff are failing to respond or respond and say, “Oh, you’re faking it, you’re not having a heart attack,” and you fall out and die right there. We saw that happen several times as well. So this also would account for why some of the prisoners would say that these numbers definitely would be higher, after they are witnessing some people being allowed to die, the way that they’re being allowed to die.