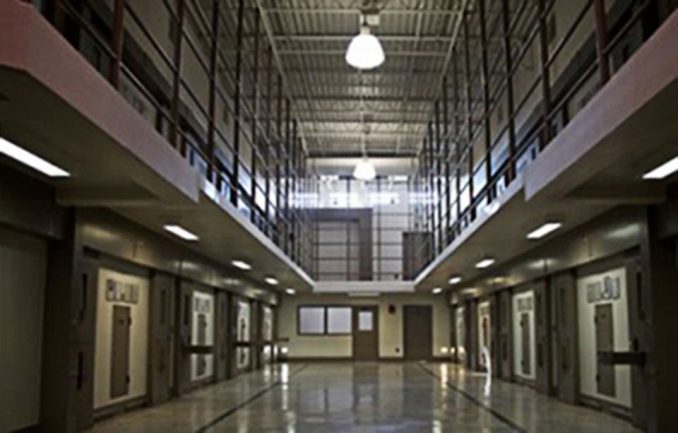 Atlanta — The Georgia Diagnostic and Classification Prison in Jackson, otherwise known as Jackson Prison, is being exposed for subjecting inmates there to extremely dehumanizing conditions.

According to a recent report by psychologist Craig Haney, the conditions of solitary confinement in the E wing, or “special management unit,” are among the worst in the U.S. Haney, hired to investigate by the Southern Center for Human Rights, is a University of California professor specializing in the psychological effects of imprisonment. (Atlanta Journal Constitution, July 20)

In this unit, inmates are cut off from physical and verbal contact. They are also deprived of natural sunlight and air. According to Haney, “The prisoners are in essence hermetically sealed inside their cells for the extended periods in which they are confined there.” (tinyurl.com/y8tejk3m)

Locked up in 7-foot by 13.5-foot cells, prisoners receive a meager five hours of exercise time a week. Haney found that nearly 20 percent of inmates in the unit have been held for six years or more.

Given that 70 of the 180 prisoners currently held in solitary confinement are considered to be mentally ill, the harsh conditions are a blatant form of psychological torture. Little wonder that two prisoners committed suicide there in 2017.

Haney was hired to assess conditions in the prison’s “special unit” after an inmate filed a federal lawsuit about inhumane treatment while being held in isolation. This was followed by three other inmates filing lawsuits.

All four inmates are requesting that their cases be treated as a class action lawsuit, which could potentially improve conditions for all inmates held in the special unit.

While conditions in Jackson are harsh in the extreme, the aim of breaking human beings with prolonged psychological torture is characteristic of the whole ruthless U.S. prison system.

The practice of solitary confinement illustrates the true nature and function of prisons, which are not geared toward rehabilitation or addressing underlying causes of what is considered criminal behavior. Rather, prisons function to inflict the cruelest treatment on incarcerated people and to break their will under the iron heel of the capitalist state. Whether exploited for slave labor or virtually cut off from the world, prisoners in the U.S. are systematically tortured and dehumanized.

In Georgia, this is happening at an accelerated rate to people who are overwhelmingly poor, working class and Black. Between 1982 and 2002, the Georgia prison population more than tripled from 13,884 to 46,534 people, and is still growing. In 2013, 61.6 percent of Georgia prisoners were Black. (tinyurl.com/y9wytmvn)

The upcoming nationwide prison strike represents the latest front where prisoners are asserting their own humanity.

The coming national strike is firmly rooted in the ongoing struggle for prisoners’ rights. In a press release by Jailhouse Lawyers Speak, a group of incarcerated people calling for the strike, their first demand is explicitly for “immediate improvements to the conditions of prisons and prison policies that recognize the humanity of imprisoned men and women.”

Outside support and pressure are absolutely necessary to make sure participating inmates are not subjected to the kind of treatment that is characteristic of places like Jackson Prison’s isolation unit. People on the outside must help expose the darkest corners of a prison-industrial system where inmates are repressed and brutalized with impunity.