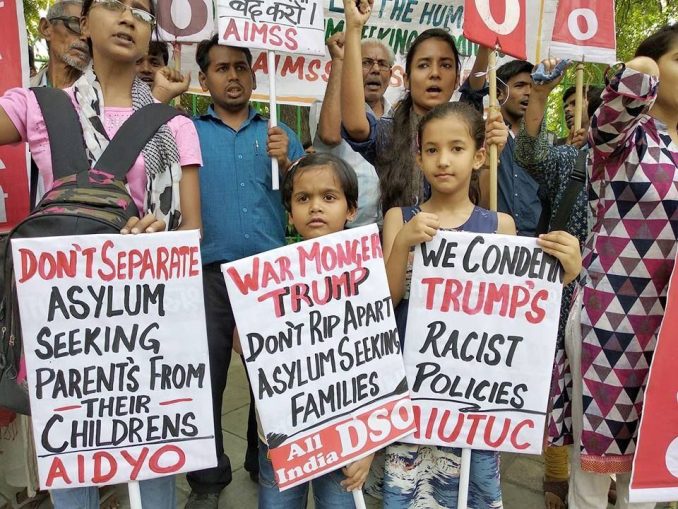 The Socialist Unity Centre of India (Communist) and its mass organizations are carrying out solidarity protests against the separation of families and attacks on migrants and refugees in the U.S. Participating in an action on June 25 were the Delhi State committees of the All India United Trade Union Centre (AIUTUC), All India Mahila Sanskritik Sangathan (AIMSS), All India Democratic Students Organisation (AIDSO), and All India Democratic Youth Organisation (AIDYO). These groups held a joint demonstration against the gross violation of human rights of refugees and migrants at the U.S.-Mexico border by the Trump administration.