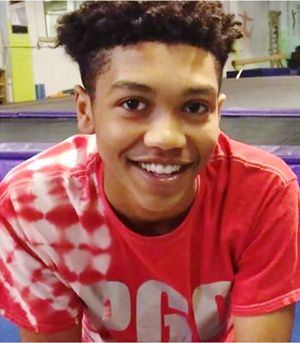 Pittsburgh — It was Juneteenth — June 19, 1865 — when slavery was declared abolished in Texas and the Southern states. On this same date 153 years later, 17-year-old Antwon Rose Jr., an unarmed Black man, was chased, shot and killed by East Pittsburgh police officer Michael Rosfeld, who just hours before had been sworn into the force.

Rose was one of two passengers in a car stopped by police because it matched the description of a vehicle suspected of being involved in an earlier shooting. Rose and a second passenger were fleeing the car when Rosfeld shot him in the back three times.

Police released the driver of the car after questioning him. The Allegheny County Medical Examiner’s Office listed Rose’s death as a homicide.

Pittsburgh resident Shaun Mary filmed the fatal encounter between Rose and Officer Rosfeld. She says Rosfeld had no reason to shoot Rose. Mary described Rosfeld’s behavior as harsh and very aggressive: He was “taking target practice on this young man’s back.” Mary and other witnesses say Rosfeld never even called out “Stop.” (triblive.com, June 24)

Before joining the Pittsburgh force, Rosfeld was a police officer at the University of Pittsburgh.  This January he left the university force, a month after prosecutors dropped all charges against three men he had arrested on numerous charges following an incident at a campus bar.

Timothy Riley, one of the men Rosfeld had charged, described him as “extremely belligerent.” Riley was upset to see that Rosfeld was involved in Rose’s murder: “It makes me sick that he was able to still be a cop after how they treated us, and that poor kid had to lose his life because of their negligence.” (tribdem.com, June 23)

The community’s response to the killing of this unarmed Black youth has been swift and smart. On the night it happened, a major interstate artery, Route 376 East, was blocked and held for six hours. Every night and day since then, bridges and key streets have been taken over.

Outside PNC Park on June 22, a black sedan made a run at the protesting crowd at the close of a Pirates baseball game. Luckily, nobody was injured. Let it be noted that despite the postgame traffic congestion, and with cameras everywhere, the sedan has not been located.

Four people were arrested that day when hundreds of demonstrators blocked streets in downtown Pittsburgh. Demonstrators with a sign, “Fire killer cops,” marched to the Homestead Grays Bridge where they blocked traffic for a few hours.

The next day, hundreds of people linked arms at Freedom Corner and marched in the pouring rain through downtown to Point State Park. The roar went up over and over: “Shot three times in the back! How do you justify that?”

Antwon Rose Jr. had a future. Tia Taylor, who went to high school with Rose, said: “He wasn’t the person to be out here doing anything he didn’t have no business doing. He wasn’t that boy.” (cnn.com, June 23)

Three years before he was killed, Rose volunteered to work with an organization that donates goods to communities in need. Gisele Fetterman, who put him to work with the Free Store in Braddock, Pa., described Rose as “friendly, easy to work with, smart, vibrant … a caring person, and everyone loved him.”

In that period, Rose wrote a poem saying he never wanted his mother to feel the pain of burying her son:

I AM NOT WHAT YOU THINK

I pretend all is fine
I feel like I am suffocating
I touch nothing so I believe all is fine
I worry that it isn’t though
I cry no more
I am confused and afraid.

I understand people believe I am just a statistic
I say to them I am different
I dream of life getting easier
I try my best to make my dream come true
I hope that it does
I am confused and afraid.

Betsey Piette contributed to this article.