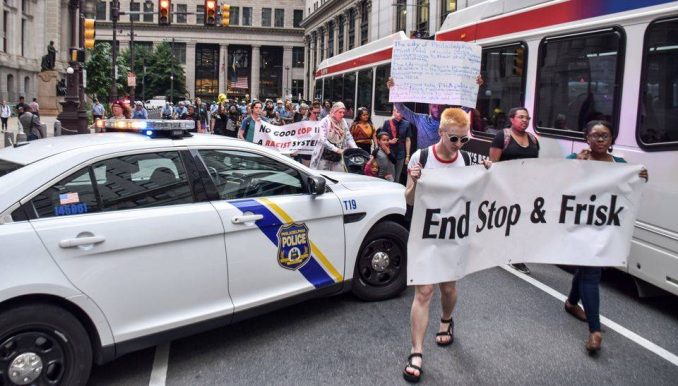 Philadelphia protesters gathered June 5 in front of the fascist monument to racist former Mayor Frank Rizzo. They demanded present Mayor Jim Kenney fulfill his promise to tear down the statue and end the racist stop-and-frisk policy of Philadelphia police. Speakers from Philly for REAL Justice affirmed that police abolition is the only viable solution for ending the state’s terroristic violence against Black and Brown communities. These speakers stressed their demands for the city to redistribute the resources reserved for police, prisons and surveillance to community members and community programs. The rally was followed by a march against traffic, around City Hall. Participants chanted Assata ­Shakur’s words, which begin with the following sentence, to end the protest: “It is our duty to fight for our freedom!”