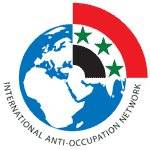 The International Anti-Occupation Network in Tunis issued this statement on May 13.

Fifteen years have passed since the U.S.-led invasion. For the Iraqi people, it has been fifteen years of destruction, death, violations and hardships.

Under the present circumstances in Iraq, holding fraudulent elections does not offer any solution. It is the continued foreign intervention, the political disenfranchisement and the corruption that are the root causes of the continued violence and the suffering of the Iraqi people. Anti-war forces must continue to oppose the sectarian system, established by the U.S. occupation. It should come as no surprise that a majority of the Iraqi people refused to participate in this electoral farce. The results of such an election are not credible.

The right of the Iraqi people to make their own constitution and laws must be fully respected and not be dictated by an occupation administration, in violation of international law.

Members of the International Anti-Occupation Network (IAON) from Belgium, Portugal, Sweden, Switzerland and {Britain], meeting in Tunis, agreed that the occupation has destroyed all sectors of Iraqi society, and that the installed ­regime is incapable of solving any of the enormous problems that Iraq faces.

Under the pretext of fighting ISIS [the Islamic State group], eight major cities have been destroyed and left in ruins and many residents are unable to return to their homes. The Iraqi security forces and various militias have committed numerous war crimes. The criminal justice system, which lacks an independent judiciary and perpetuates injustice, has failed to respond to arbitrary arrests, torture and summary executions.

The current state of impunity must be brought to an end. All those responsible for the destruction caused by the invasion and occupation, as well as the widespread violations of human rights must be held accountable and the victims compensated.

The IAON is a network of solidarity organisations that share information about developments in Iraq and mobilize support for resistance against all forms of the continued occupation and foreign domination of Iraq, We reaffirm the principles of our declaration in Le Feyt in August 2008. This offered a way forward from the disasters the invasion and occupation have created. We will continue our efforts until Iraq has regained its full national sovereignty.