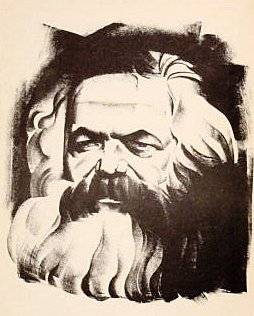 Introductory remarks given at the event “[email protected]: Class Struggle in the Age of Trump,” hosted by Workers World Party, on May 6 in New York City.

Welcome to this very special celebration of the 200th birthday of Karl Marx, the founder of scientific socialism, who was not only a brilliant thinker, but a revolutionary communist.

Twenty years ago, the ruling class cheered for the “end of history.” They said Marxism was finally dead and buried. Their long nightmare was over. It would all be smooth sailing and big profits from now on.

But here we are in 2018, on the 200th anniversary of Karl Marx’s birth. In the U.S. and much of the world, interest in Marxism is greater than it has been in decades! Capitalism’s temporary stabilization, based on the destruction of the Soviet Union and the scientific-technological revolution, is coming to an end.

Today the world working class is bigger than ever before. Imperialist globalization has destroyed the stable, high-paying jobs that gave the Western powers a degree of social peace. Capitalism offers no security, no future, for youth in the Western countries or anywhere else. As a result, the revolutionary left (and the broader left) is growing rapidly, giving new life to Marx’s ideas.

The working class is a dynamic class that is constantly changing. It’s different today than it was in Marx’s time, in Lenin’s time or during the great class battles of the 1930s. It’s different than it was 20 years ago or last year. It’s becoming more international, more diverse, driven by poverty and war across borders in search of work and safety, driven by environmental catastrophe and mass incarceration in the fight for its very survival.

Yet today’s working class faces the same fundamental problem of capitalism that Marx exposed long ago: the contradiction between social labor and private ownership for profit.

Workers World Party has been working for decades to orient the movement to the changing character of the working class: more oppressed nationalities, more women, more LBGTQ people, migrants, prisoners. We put forward the need for new tactics and new strategies for organizing and fighting back.

In 1986 we published the groundbreaking book “High Tech, Low Pay” by Workers World Party founder Sam Marcy, and 10 years ago a further development of this analysis for the Internet age, “Low-Wage Capitalism” by Fred Goldstein. Both books have been read by Marxists around the world.

In that spirit, today we want to open up a discussion among the new generation of young activists and veteran fighters about who the working class is today, what its biggest problems are, and what is the best way to reach it with a Marxist-Leninist perspective.

As communists in the U.S., where imperialism grew up on the labor of African slaves and the theft of Indigenous lands, we try to keep this statement by Marx, from the first volume of “Capital,” always in mind: “Labor in the white skin can never free itself as long as labor in the Black skin is branded.”

In the era of Donald Trump’s undisguised white supremacy and the resurgence of neo-fascist movements in the U.S. and Western Europe, the struggle against racism and for solidarity among all workers is key to advancing the struggle for socialism.

So we say thank you, comrade Karl, for your contributions to human liberation, which have stood the test of time. The struggle is long, but victory is certain!