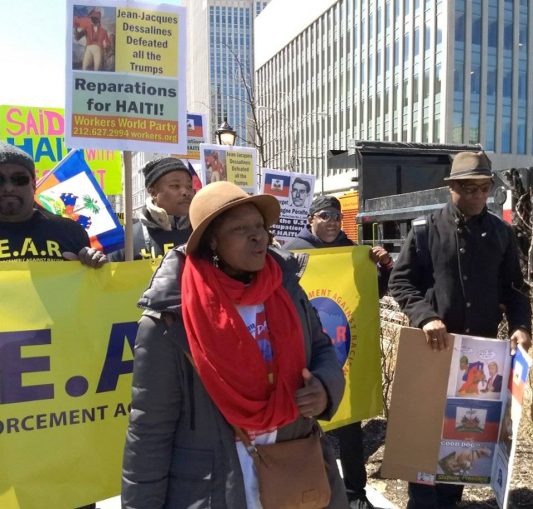 More than 200 Haitians and their supporters marched across the Brooklyn Bridge on April 20 to say NO! to Trump. It was the 28th anniversary of the 60,000-strong march in 1990 that overturned President George H.W. Bush’s racist ban on Haitian blood donations. Many people marched to Times Square and others rallied at City Hall, including a contingent from Boston.

Trump has revoked temporary protected status for immigrants from Haiti, El Salvador, Nicaragua and Sudan and spewed racist slurs against Haitians, ­Africans and other immigrants.

People are determined to resist any more Immigration and Customs Enforcement raids. The April 20 march was organized by Haitian Enforcement Against Racism and other organizations.