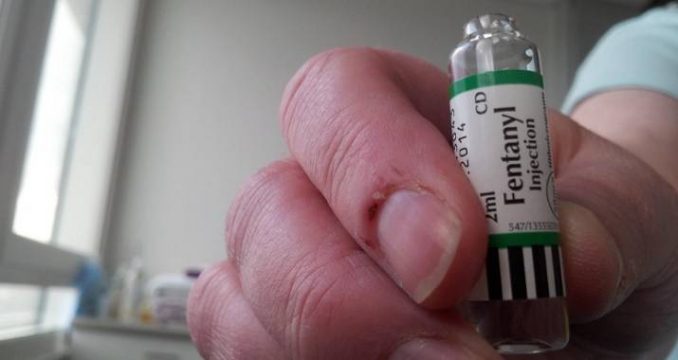 There’s an opiate epidemic currently ravaging the working class in the U.S. Tens of thousands of people have died already, and thousands more will die or will come close. As it stands, the opioid epidemic has decreased the average lifespan of people in the U.S. and is one of the leading causes of death of young people here.

How did it get to be this way? We have to look at the causes. First of all, although the face of drug dealing — as the mainstream media portray it — is Black or Latinx youth, the reality is that the major drug dealers responsible for all this death and destruction work in a boardroom.

Insys Therapeutics marketed Subsys, a sublingual spray containing the deadly drug fentanyl, to patients inappropriately. Originally intended to alleviate the searing pain of cancer, doctors — at Insys’ urging — deceived insurers and made it look as though patients had cancer when they didn’t. Although those with chronic pain disorders need medication to control their pain, fentanyl wasn’t intended to be used in that manner.

For that scheme, insurance giant Anthem took Insys to court. But it wasn’t just deception to insurance companies. There were also bribes to doctors, in the form of fake fees, in exchange for prescriptions.

It’s this kind of drug dealing — the kind that takes place in doctors’ offices and boardrooms — that’s most responsible for the drug epidemic.

It was the constant pushing of OxyContin (oxycodone) onto patients by doctors at the urging of Purdue Pharma that caused this epidemic. In league with the U.S. Food and Drug Administration, Purdue Pharma lied about the abuse potential of OxyContin and funded research which deceived the public as to its addictive nature.

The American Society of Addiction Medicine says that four out of five people who try heroin started off with prescription opioids. Thus, big businesses like Insys and Purdue, and the doctors who fell in line with their scheme, are most responsible for this heroin epidemic.

The corporate media and even some politicians try to portray drug addiction, and this particular epidemic, as a menace that spread from the cities to the suburbs. The racist governor of Maine, Paul LePage, blamed his state’s opiate epidemic — which he has not done anything to fight during his entire time as governor — on “out of state drug dealers.”

Indeed, this epidemic didn’t start from the inner cities or other states and leak into the suburbs; it started in the boardrooms and leaked to the doctors’ offices.

Nevertheless, that doesn’t stop people from trying to wipe out addiction via the tried and failed methods of fascist dictators and of decades past. Taking a page out of Filipino President Rodrigo Duterte’s playbook, at a rally Donald Trump floated the idea of the death penalty for drug dealers, to much applause from his political supporters. Trump integrated these comments into his drug policy plan, as an exhortation to prosecutors.

Activists who seek a progressive drug policy, alongside policy experts and anti- death penalty activists, pushed back on this policy that would not only have achieved nothing but, as the death penalty always does, would have targeted primarily the Black and Latinx communities.

That obvious attempt to empower the prison-industrial complex to kill more Black and Latinx people was fought fiercely by progressive forces. However, other efforts to increase the prison population (and do nothing else, really) have been met with disappointingly thunderous applause.

Case in point, there’ve been a recent spate of arrests throughout the southeastern and south central Pennsylvania tri state region (Pennsylvania, New Jersey and Delaware). These arrests aren’t of shady “pain clinic” doctors, nor of CEOs of big pharma; they were of Black and Latinx men who were found with heroin and fentanyl on them.

Of course, heroin and fentanyl are a great plague, and drugs are a deadly weapon against the working class. However, imprisonment isn’t necessary and, in fact, contributes to the problem by forcing those who’ve been imprisoned back into underground economies to survive.

One of the solutions to drug addiction is one that’s been used before in revolutionary China: offer drug dealers the option to go “straight.” Have them turn over their heroin and their fentanyl, destroy it, and offer them a cash reward and employment. Most drug dealers are drug dealers because they’re stuck in that position.

We’re living in a unique time. Capitalism is at a dead end, crisis after crisis is occurring, and more and more people will end up turning to drugs as a “solution” to their problems. We can’t afford to let the police and their bosses, the politicians, repeat the wickedness of the drug war, which led to an entire generation of Black and Latinx men being imprisoned for nonviolent drug offenses. We need to examine what worked and what hasn’t in order to synthesize a revolutionary response to this deeply troubling problem.