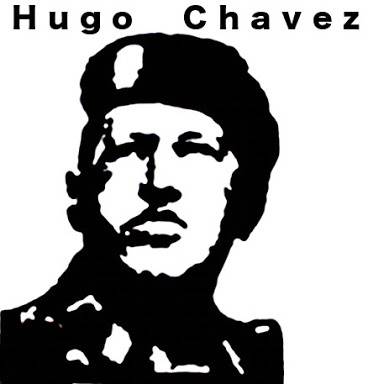 The author was in Caracas, Venezuela, from March 4 through March 8, to represent the U.S.-based International Action Center as part of an international delegation.

You know you’re somewhere special when the woman stamping your passport comes from the Ministry of Popular Power. Venezuela is the birthplace of Simón Bolívar — called el Libertador (the Liberator) — the man who fought the Spanish and routed them from most of South America. That is why the project that Hugo Chávez Frías embarked on in the 1990s was called the Bolivarian Revolution. The soldier who approaches you while you’re waiting for the bus tells you to be careful, that this is a dangerous country. Why is it dangerous? What danger will you face here?

Caracas is on a war footing. There’s no other way to put it. There are shortages. The streets are quiet at night, except for the rare gunshot that turns heads. Make no mistake. Though U.S. tanks are not in Venezuela, there is still a U.S.-led economic war going on here. And it’s every decent person’s duty to stand alert and fight on the side of the Bolivarian Revolution.

About 250 people from all over the planet joined together in Caracas to pay their respects to Hugo Chávez Frías on the fifth anniversary of his passing. Delegates gathered in the Teatro Teresa Carreño from March 5 to March 7 to hear a variety of economists, social scientists and Bolivarian politicians speak about the gains and challenges faced by one of the most unique and steadfast countries in the world.

According to the corporate propaganda machine, Venezuela is suffering under the dictatorship of President Nicolás Maduro, a former bus driver whom they blame for the shortages, hyperinflated currency, crime rates, instability and all other ills of the country, and accuse of fraudulent elections. Nothing could be further from the truth.

What the capitalist news won’t tell you is that the Venezuelan process is one of the most legitimate in the world. You could cut diamonds on the Venezuelan democratic process. After signing a register, a voter’s finger is stained with ink to make sure duplicate votes do not occur. Each voter casts their decision on a voting machine, which can be reviewed by the voter before placing it in a box next to the machine. More than 50 percent of machines are chosen for random audit, which means that the receipt box is opened and tallies compared to the computer readout.

What results is a multiparty system run by the dominant PSUV (United Socialist Party of Venezuela). The opposition has their space in the court of public opinion. The oligarchy — who are all right wing — own most of the private media in Venezuela and are tolerated even though they spread lies and stoke unrest whenever the right wing loses an election. Graffiti and even billboards in Caracas demand the release of ultra-right, Harvard educated Leopoldo López. Imagine being allowed to put up such a billboard in Philadelphia for Mumia Abu-Jamal!

The PSUV’s position is buttressed by the people of Venezuela themselves. The government reports having built more than three million new housing units for the poor. On first glance, they seem like the sort of apartment complexes that one might find in suburban Houston. Not exactly mansions, but many thousand times better than the housing the poor might have found themselves in before, with bare brick walls and crumbling thatched roofs.

The price of the box is subsidized, and nearly free under the illegal market’s exchange rates. This is one way that the Bolivarian Revolution seeks to protect its people from sanctions, erratic exchange rates and hyperinflation.

The most destructive component of this economic warfare is the illegal market exchange rate for the Venezuelan bolívar. This is mainly caused by a website headquartered out of Miami and headed up by Gustavo Díaz. Though English-language media posit Díaz as a humble Home Depot hardware salesman who is concerned about his country of origin, his story is more complex. Díaz is actually a former military officer who took part in the 2002 U.S.-orchestrated coup against Hugo Chávez and then fled to the United States for asylum.

The job of Díaz’s website is to undermine and devalue the cost of the Venezuelan bolívar, adding an extra zero onto the end of what items cost in Venezuela under the official exchange rate. The class of people who run the private-sector supply chain in Venezuela sell items using Dollar Today’s rate, not the rate set by the government.

In addition to criminal hoarding and capital strikes, currency manipulation and sanctions, the U.S. had one more trick up its sleeve to attack Venezuela. By exploiting natural gas and oil reserves on U.S. territory through fracking, a terribly dangerous and environmentally destructive form of extraction, U.S. companies crashed the price of oil on world markets. This impeded the Venezuelan government’s ability to adequately fund itself.

At the same time, the imperialists, led by Washington and the NATO countries, began a sort of financial blockade, refusing to lend money to Venezuela even though its government has always made it a point of pride to pay its debts on time.

The Venezuelan government has tried to counter this U.S.-backed economic warfare with a variety of creative strategies. The first is through fighting hoarding and illegal market manipulations in Venezuela itself. The CLAP centers give the government the opportunity to build a public sector supply chain system that will ultimately compete with the wealthy heads of distribution who conspire against the Bolivarian Revolution.

The second strategy is through the introduction of the petro or petromoneda, the world’s first cryptocurrency backed by material goods, in this case, Venezuelan oil reserves. Unlike more widespread cryptocurrencies such as the bitcoin, there will be a limited supply of petro. This means that its weight to the bolívar is expected to remain stable, which may help stabilize the bolívar. The petro may also be useful when it comes to circumnavigating the U.S., EU and Canadian sanctions against Venezuela.

While life under sanctions and hyperinflation is difficult for many people, the many victories of the Bolivarian Revolution have earned them success after success in countrywide elections. Despite street violence by opposition forces, industrial sabotage, lockouts and capital flight, the Venezuelan people have come out time and time again in favor of Bolivarian socialism.

In the absence of this U.S.-led economic warfare, Venezuela would have progressed further. Of Venezuela’s 24 million people, the three million families living in public housing, the six million who benefit from CLAP, the hundreds of thousands living in the Venezuelan communes, millions of trade unionists who benefit from some of the most advanced and progressive labor laws in the world, and the many millions more who have benefitted from Bolivarian democracy keep fighting to defend their gains and pushing for more progress.

An international delegation will again be mobilized to attend and observe the presidential elections set for May 20. Until then, the Bolivarian Revolution will continue to defend itself against sanctions and economic warfare, and its supporters worldwide will continue to demand an end to the U.S.-led aggression against the people there.