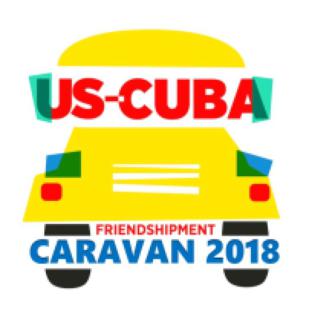 IFCO/Pastors for Peace has announced its 29th Friendshipment Caravan to take place this July in Eastern Cuba. After a mandatory orientation in Toronto July 16-18, a flight to Santiago, Cuba, will begin the 11-day visit.

On July 26, 1953, Fidel Castro and other revolutionaries launched their attack on the Moncada Barracks of the Batista dictatorship. This delegation will take part in the 65th anniversary celebration of that event in Santiago.

The program in Cuba also includes a trip to Guantánamo province where participants will learn about the impact of the notorious and illegal U.S. naval base on the Caimanera community next to the base. They will also see how the province has recovered from Hurricane Matthew in 2016 and learn about Cuba’s advance preparation for such natural disasters. IFCO invites people to “explore how the Cuban people are moving forward in fields such as health care, organic farming and sustainable tourism, as well as their efforts to tackle the legacies of racism, sexism and homophobia. … Witness and explore the role of organized religion in Cuba.”

The program costs $1,650. Round trip travel to Toronto from the U.S. is not included. The application deadline is May 1. Forms are available from [email protected] or by calling 212-926-5757, extension 5.

Before the Cuba trip, Caravan educational events will be held throughout the U.S. from June 22 to July 1.

IFCO points out that “U.S. citizens are free to travel anywhere in the world, except Cuba. To travel to Cuba you need permission, a license, from the U.S. government. This has been the case for over 50 years. In his final years, President Obama made licenses very easy to get, as well as taking some steps to reduce the underlying U.S. economic blockade of Cuba. However, President Trump has adopted a very hostile stance toward Cuba, partially reversing Obama’s actions, and reducing the possibilities for individual licensed travel.

“IFCO/Pastors for Peace believes that licenses should be scrapped and we should be freely able to travel to Cuba and meet our Cuban sisters and brothers. Since 1992, we have taken 28 Caravans of people to Cuba without a license as a conscious act of CIVIL DISOBEDIENCE.”

Space is still available with the earlier International May Day Brigade, which travels to Cuba from April 22 to May 6. For more information, contact ­[email protected] Applications and full payment are due by March 23.