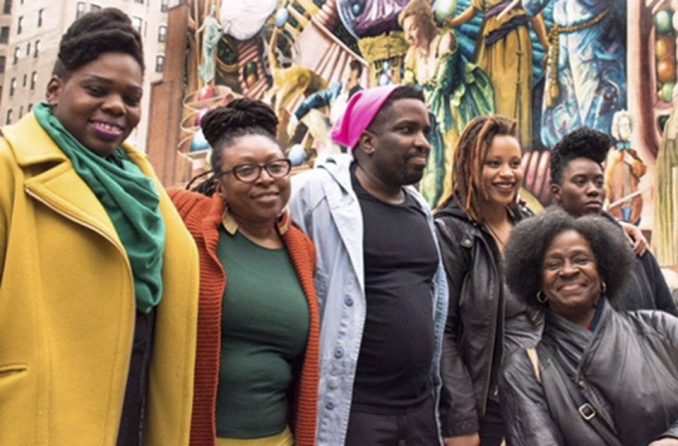 Members of The Womanist Working Collective and the Black and Brown Workers Cooperative in front of the Philadelphia Muses mural.

The Black and Brown Workers Cooperative organized a press conference outside the office of Philadelphia FIGHT on March 1 to denounce racist, sexist and anti-labor practices at the agency, which provides services to people living with HIV/AIDS.

A year ago, a scathing report by the Philadelphia Commission on Human Relations on racism in the city’s historic LGBTQIA-populated neighborhood, known as the Gayborhood, cited discrimination patterns in FIGHT’s workplace culture, policies and practices. The report recommended that bars and FIGHT officials and staff receive anti-discrimination training and abide by the city’s fair practices and equal opportunity requirements. (tinyurl.com/y8jsqrjo)

FIGHT officials have failed to make adequate corrections and now want the link to the report taken off PCHR’s website. BBWC’s press release explained that the report “was informed by the countless voices of Black and Brown LGBTQIA folks heard during the historical Racism in the Gayborhood hearing which took place on Oct. 25, 2016. This [request] directly undermines Black and Brown LGBTQIA folks who are most vulnerable to HIV/AIDS.”

BBWC demanded a worker-led selection and hiring process for the next executive director: “Should the selected ED abuse their power, the workers retain the right to vote the ED out and restart the hiring process.”

Mandatory anti-oppression trainings for staff and board members and implementation of a grievance procedure involving third-party mediation were other demands. The BBWC gave the board “until the end of the business day on March 14 to respond.” (Look for March 1 post on tinyurl.com/fb-bbwc/.)