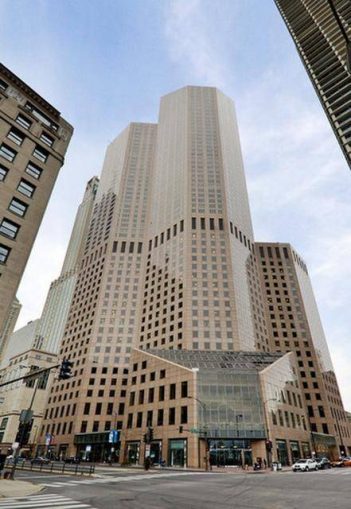 Chicago — The goal of “a decent home and a suitable living environment for every American family” is embedded in the federal Housing Act of 1949.  Yet, on a single winter night in 2016, according to a federal agency count, “544,084 people experienced homelessness in the United States.”

Of that total, some 200,000 lacked access to nightly shelter and instead inhabited cars, tents, viaducts or doorways. (U.S. Conference of Mayors’ Report on Hunger and Homelessness, December 2016)

The number of homeless people is actually much larger.  The federal government’s count omits many people who lack a fixed home, including those doubled-up with friends or relatives, sleeping in temporary quarters like hostels, and adopting other informal and short-term strategies.  Given the tensions that inevitably arise in these overcrowded conditions, in time many do wind up on the streets.

Taking a more inclusive approach, housing advocates found last year that over 82,000 people were homeless in Chicago alone.  Families made up half of this homeless population. Likewise, in Los Angeles County there are “more than 57,000 people who lack a fixed, regular or adequate place to sleep on any given night.” (Chicagohomeless.org; L.A. Times, Feb. 25)

Young people are hit especially hard by homelessness.  Some 1.6 million youths in the U.S. experience it annually.  The most oppressed — children of color, children with disabilities — are most likely to be homeless.  LGBTQ youths, who constitute an estimated 7 percent of the total population, make up 40 percent of homeless youths. (Washington Post, March 29, 2017)

A walk through any big city will confirm the reality of these shameful statistics in the form of live human beings entrapped in inhuman suffering.

Politicians and the corporate media too often blame the victims, portraying homeless persons as lazy, unmotivated and undeserving of anything better.  But people do not choose to live without a home voluntarily. No one welcomes a life that is inevitably too hot, too cold or too wet, separate from loved ones, and blighted by fear, anxiety and stigma.

The threats of sexual assault and physical violence by police and others, as well as infectious diseases like tuberculosis, hepatitis and AIDS, are ever-present.  A hepatitis A outbreak among homeless people in southern California prompted officials to declare a state of emergency last year.

It is no surprise that life expectancy for the homeless is short: about 47 years, compared with an average of 78 years in the population as a whole.  (L.A. Times, Feb. 25)

Shelters are no answer.  There are not enough to meet the need, and many people prefer the streets and feeble protection of encampments to often unsafe shelters.

How can so many people be without a home in a land of plenty?  Each homeless person has a unique story. But, at bottom, people are homeless because capitalism treats them as dispensable.

Many were laid off and got evicted when they could no longer afford rising rents.  They may be young people forced into the streets by the juvenile injustice system or abusive foster care. They may have been incarcerated without being taught skills needed to make a living on the outside. They may be patients released from public hospitals with untreated infections or otherwise too ill to find work and a stable abode.

They may have fled an abusive relationship.  The city of Chicago reported in 2016 that 26 percent of shelter residents were domestic violence victims.

Homeless does not always mean unemployed.  Many homeless people have jobs — often part-time or seasonal — but still don’t make enough for rent.  Immigrants are particularly likely to be forced to work for far less than a living wage.

Notwithstanding the diversity of circumstances that lead to homelessness, one glaring statistic is fundamental to understanding why so many people in this resource-abundant country are without a home:  Income is simply too low in relation to housing costs.

According to a 2017 study by the National Low-Income Housing Coalition, full-time, minimum-wage workers cannot afford to rent or own a house or apartment in a single U.S. state.  The nationwide “housing wage” for a two-bedroom apartment is $14 higher than the federal minimum wage of $7.25, and $5 higher than the average hourly wage earned by renters.

In Illinois, the state minimum wage of $8.25 an hour requires a household of two minimum-wage earners to work at least 101 hours a week to afford a fair-market rent for a two-bedroom unit. And Chicago’s higher $11 minimum wage still does not bridge the gap. (Out of Reach, June 2017, nlihc.org/oor)

For many, minimum wage is the only attainable wage.  Technology and outsourcing are obliterating the bulk of better-paying jobs.  Workers who lose their jobs often also lose their homes and have few if any options to return to housing stability.

So while there are many reasons why specific people are homeless, the underlying cause is the lack of housing that is affordable in relation to income.

This gap is growing.  Gentrification has taken vast numbers of once-affordable rental units off the market.  Rent controls and Section 8 vouchers are disappearing, and public housing options and social services are shrinking.  The result is widespread homelessness.

Housing is built for profit, not need

There is nothing necessary about the lack of affordable housing.  The $700 billion military budget alone could cover 3.5 million modest homes at $200,000 each.

But building homes for the working class is not where big profits lie.  Under capitalism, housing is treated as a commodity, not as a human need.  Its main purpose is to generate developer profits and serve as an instrument for financial accumulation.

Affordable and public housing is badly needed, but this is not a need that registers with profit-hungry developers.  In fact, since the 1990s, buildings across the U.S. that had almost 300,000 public housing units have been sold to private owners.

Under capitalism, providing low-income housing is not as profitable as building homes for the wealthy.  In 2015, a limited liability company bought a single penthouse apartment in Manhattan for over $100 million. Hedge fund billionaire Ken Griffin recently paid $58.5 million for a four-floor unit in a new Chicago luxury condo tower.  This “is not high-rise housing so much as global wealth congealed into tower form.” (Marcuse & Madden, “In Defense of Housing: The Politics of Crisis”)

A decent place to live is a universal need, but under capitalism ability to pay profit-producing rents is limited. This unavoidable contradiction — an example of what Karl Marx called the conflict between use value and exchange value — is the foundational cause of homelessness.

This conflict is especially harmful because a place to call home is so fundamental.  Without a home, it is tough even to begin to address such specific problems as employment, poverty, mental health and domestic abuse.  Yet a growing proportion of the working class — the class that produces all the wealth that the capitalists enjoy and flaunt — is unable to secure a decent home.

Housing under capitalism vs. socialism

The inability of capitalism to meet the need for affordable housing is longstanding.  Frederick Engels, the close collaborator of Karl Marx in the development of modern socialist theory and practice, explained in an 1872 pamphlet that the working class was then experiencing “a colossal increase in rents, a still further aggravation of overcrowding [and], for some, the impossibility of finding a place to live in at all.”  (“The Housing Question”)

Engels was familiar with early forms of gentrification in which workers’ homes were “pulled down and replaced” by more profitable properties.  He viewed the resulting shortage of affordable housing as “a necessary product of the bourgeois social order” in which technological advances and capitalist crises condemn workers to low pay and frequent unemployment.

By contrast, socialist countries have proclaimed decent housing a social right, with state-owned housing replacing private profiteering. The Cuban Revolution early on rolled back rents to a maximum 10 percent of a family’s income. Mansions of the rich were seized and used to house the homeless.

This reporter spent six weeks in 1973 helping to build new houses for peasants in a town outside Havana.  When the homes were ready, social workers helped the new residents adjust to modern appliances. To celebrate this leap through centuries, the peasants burned their old mud-floor huts in ceremonious fashion.

To be sure, Cuba’s current housing situation is far from ideal.  The U.S. blockade has limited expansion and upgrades, and recent hurricanes have destroyed tens of thousands of units.  But homelessness is unknown, and the government has prioritized housing expansion in the coming period. Meanwhile, all Cubans enjoy free health care, quality education, cheap public transport and one of the lowest violent crime rates in the Americas.

Does the systemic foundation of homelessness in this country mean that we must await the revolution to address it?  Not at all. In fact, we can hasten the overthrow of capitalism by raising “transitional demands” that point to that end. The demand that housing be deemed a right, not a commodity, is a vital transitional demand.

The fight for affordable housing is also part and parcel of the fight against racism. The high percentage of people of color who are homeless reflects the racism that permeates this system.

We should insist that government bodies allocate resources both to ensure adequate housing and to meet the medical, clothing, employment and other needs of homeless people. Too many municipalities instead use loitering and panhandling laws to harass and arrest homeless people for the “crime” of living where they can and trying to survive. That pettiness extends to placing a third armrest in the middle of public benches to prevent homeless people from bedding there.  (“How Cities Use Design to Drive Homeless People Away,” Atlantic, June 19, 2014)

We also can demand a moratorium on evictions and foreclosures, as Detroit’s Moratorium Now! Coalition is doing. We should support community-based organizations that assist the homeless with shelter, medical care and schooling. And we can organize tenant unions and anti-gentrification campaigns to fight for rent rollbacks and decent housing.  (See “Rent strike wins in East LA,” WW, March 8)

Engels offered even more militant tactics in “The Housing Question,” calling for the seizure and occupation of buildings by the workers and “homeless.”  He also emphasized, however, that isolated measures cannot fully resolve the housing crisis. There is “only one means” to redress it, he stated — “to abolish altogether the exploitation and oppression of the working class by the ruling class.”  The horror of homelessness must be a prime target in this broader battle to put an end to the many horrors of capitalism.