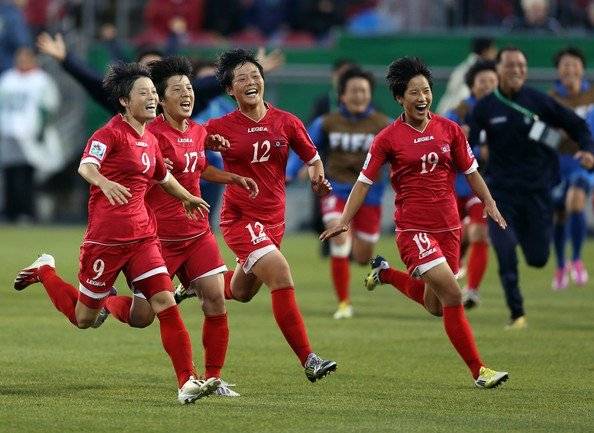 This is an edited version of a talk given at the Feb. 3 “Women and the Fight for Socialism” forum hosted by Workers World Party in New York City.

The Institute of International Studies in the Democratic People’s Republic of Korea released a study on Jan. 30 titled “White Paper on Human Rights Violations in U.S. in 2017.”

When I read it, I burst out in laughter. The DPRK (also known as north Korea) was mocking the United States for making claims about the status of people in the DPRK.

The white paper pointed out all the ways people in the U.S. are being exploited and attacked by the racist, patriarchal, capitalist, settler-colonial state founded on genocide and slavery.

As a relatively isolated nation, the DPRK is constantly attacked by outright lies in the Western media and by sanctions on what it can import and export, which limit its ability to take care of its own people. It also faces a constant threat of a nuclear attack by the U.S., which keeps a large military presence in south Korea and Okinawa and on its ships. Following north Korea’s recent move to cooperate with south Korea, the U.S. has only ramped up its aggressive language against the DPRK. In fact, the U.S. war against north Korea has never ended.

In November, a United Nations human rights panel claimed north Korean women are deprived of education and job opportunities and are often subjected to violence at home and sexual assault in the workplace. Recent pieces have come out saying that women and children are being raped and sex trafficked.

This is the kind of news that tugs on the heartstrings of liberals and encourages so-called humanitarian intervention — the same humanitarian intervention that destroyed Afghanistan, Iraq and Libya. But how many more times will we here in the U.S. tolerate hearing these lies being told about countries the ruling class needs to invade to maintain full spectrum dominance?

Let me tell you about what the CIA — the surveillance and terror arm of the U.S. government — reported about north Korean women in their CIA Factbook.

More women than men exist in North Korea. Women live to an average of 74 years old, which competes with the U.S. average of 79 years.

According to the Library of Congress, “The social status and roles of women were radically changed on July 30, 1946, when authorities north of the 38th parallel passed a Sex Equality Law. The 1972 constitution asserted that women hold equal social status and rights with men. The 1990 constitution stipulates that the state create various conditions for the advancement of women in society.”

According to the CIA Factbook, women make up 47 percent of the DPRK’s labor force. Women are obligated to serve in the military from age 17 to age 23. Women who have three or more children are permitted to work only 6 hours a day and still receive an 8-hour-a-day salary.

North Korea is considered a low-income country, but it is on a par with or better than developed countries like the U.S. when it comes to health care and education.

For example, the “contraceptive prevalence rate” for women between the ages of 20 and 49 is 78.2 percent. In the U.S., that number is 74 percent. Women here pay for contraception. In north Korea, it’s free. The fertility rate is 1.95 children per woman in north Korea, which is about the same as in the U.S.

The obesity rate in north Korea is 6.8 percent. In the U.S., it’s 35 percent among men and 40.4 percent among women, according to the Journal of the American Medical Association.

North Korea has more hospital beds per capita than the U.S., putting the DPRK on par with south Korea, Japan and Monaco. North Korea has 13.2 beds for every 1,000 people, while the U.S. has only 2.9 beds per 1,000. (Clearly, patients are given more time to recover.)

The literacy rate for people ages 15 and older is 100 percent. You can’t say that about the U.S., where it’s 86 percent. Everyone in north Korea goes to school through the end of high school, and that’s ­mandatory. That’s not the case here in the U.S. But North Korea makes it easy for people to go to school.

After losing 20 percent of its population and seeing its landscape decimated during the 1950-53 war when the U.S. attempted to destroy the people’s republic, the DPRK emphasized health care. Between 1955 and 1986, the number of hospitals grew from 285 to 2,401, and the number of clinics from 1,020 to 5,644. There are even hospitals attached to factories and mines.

WHO criticized an earlier Amnesty ­International report on north Korea for an outdated and factually inaccurate ­report that described “barely functioning hospitals.”

Pyongyang Maternity Hospital and North Pyongan Provincial Maternity Hospital were awarded plaques declaring them Baby-Friendly Hospitals in 2009 by the UNICEF Thailand office for attaining all 10 targets of breastfeeding set by WHO and the United Nation’s Children’s Fund. Mothers typically stay in the hospital for 10 days after giving birth, and those who give birth through Caesarean section stay for 15 days. Mothers of triplets are hospitalized until the smallest child weighs at least 13 pounds.

We defend the Korean people’s right to determine the fate of their peninsula, because a threat of invasion by the U.S. military and its allies on behalf of the global ruling class anywhere in the world against oppressed peoples is a threat of invasion and exploitation everywhere.

Julie Varughese, a candidate member of Workers World Party, is communications advisor at the Black Alliance for Peace, an organizer with The People’s MTA and co-founder of Antiwar Future, a campaign to build a youth-driven ­anti-war movement in the United States.