“Those who do not move, do not notice their chains,” said Rosa Luxemburg.

Remove those chains through regular reading. In this Black History Month, I set out, through the inspirational efforts of founder Dr. Carter G. Woodson, to uncover significant contributions of African people to world civilization and history. 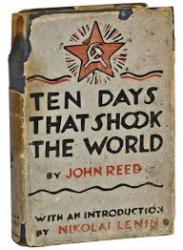 I can disruptively and enthusiastically recommend two seemingly unrelated books: John Reed’s classic, “Ten Days That Shook The World,” and Paul Robeson’s heroic declaration, “Here I Stand.” They sit immodestly in the pantheon of “must reads.” Digesting both this year in tandem will be a most rewarding practice for anyone!

“Ten Days” takes the reader through a rapidly unfolding series of eyewitness episodes of what it meant for the Bolsheviks, led by V.I. Lenin, to finally take state power in Russia and actually exert their authority. Reed’s blow-by-blow, cinematically written account, of how the workers, soldiers, sailors, peasants and leaders did it, leaves readers fascinated and educated on the birth of the first worker’s state in November 1917.

Reed’s narrative was so well-received that Lenin himself wrote the forward. Nadezhda Krupskaya, Lenin’s partner, translated this historic account into Russian. Reading almost like a novel, it is a masterpiece in describing what an exploited class of people did to change intolerable conditions, using the ideas of Marx and Lenin.

John Reed died at age 33, and his body was entombed in the Kremlin Wall. But the Bolshevik Revolution’s audacious undertaking survived 74 years against all odds, both internal and external. Indeed, the revolution shook up the capitalist and imperialist world in remarkable ways that benefitted many of the oppressed peoples of the world.

After losing upwards of 30 million people in the Great War (World War ll), the Soviet Union generously aided liberation struggles in Asia, Africa and Latin America. But the imperial powers of the United States and Europe had the military force capable of challenging revolution with worldwide bullying. Enter the so-called Cold War. 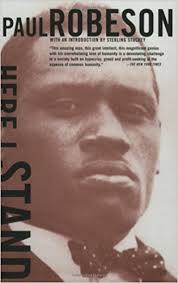 Targeted during that anti-communist war was African-American singer, actor and activist, Paul Robeson, who refused to testify at red-baiting congressional hearings. His 1958 autobiography, “Here I Stand,” described his lifelong dedication to winning the freedom of Black people everywhere.

Robeson traveled the world as an artist held in extremely high esteem. On his visits to the Soviet Union, bouquets of flowers, hugs and kisses abundantly greeted him. What did Paul Robeson see and feel while in the Soviet Union that commanded his love, admiration, respect and defense of that country, so that the U.S. government sought to punish him severely?

As a student and practitioner of history, Robeson appreciated the monumental sacrifices that the Soviet people had paid at Leningrad, Stalingrad and throughout their country to defend what they had established. In many ways, their effort reminded him of the struggle of his own people to be free, along with the struggle he himself waged throughout his entire life.

Instead of being intimidated when he was “redlisted,” Robeson fought back with tenacity in defending his beliefs and actions. He moved the chains through his study and activism. And an extremely high price he paid, financially, physically and mentally. Yet he never surrendered.

Paul Robeson said: “An artist must elect to fight for freedom or for slavery. … I made my decision. I had no other choice.”