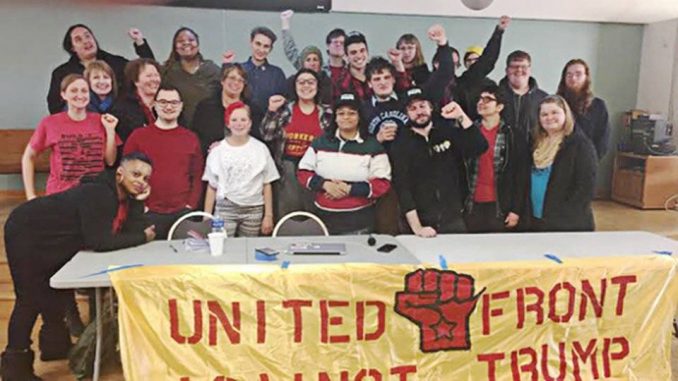 The Madison, Wis., branch of Workers World Party hosted Takiyah Thompson on Feb. 4 as part of their national speaking tour for Black Liberation Month. Thompson is one of the freedom fighters who led the people’s removal of a Confederate statue in Durham, N.C., on Aug. 14.

Thompson spoke about the connection between the symbolic dimensions of white supremacy, exemplified by the Durham statue and other Confederate statues which dotted the landscape until recently. The speaker referred to “institutional, political and economic legacies,” such as mass incarceration and severe income disparities between different racial groups in the U.S. Attendees included community residents, supporters of the broad-based Wisconsin Bail Out the People Movement (WIBOPM) and Workers World Party members from Madison, Chicago and Milwaukee.