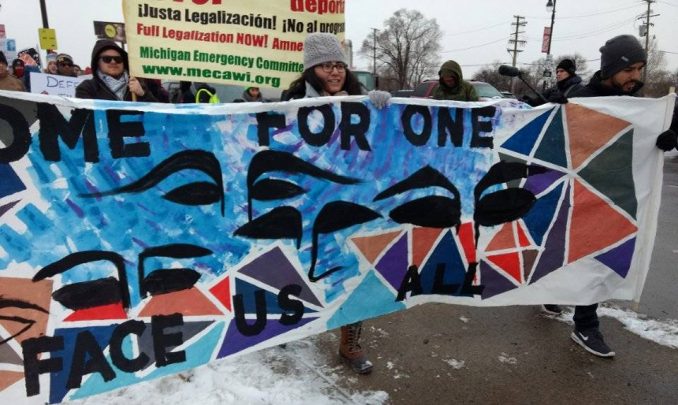 Frigid weather in downtown Detroit on Feb. 3 did not deter defenders of the Dreamers and the Deferred Action for Childhood Arrivals law, which relates to immigrants brought to the United States as children. Activists in the “Show Up for the Dream” march and rally demanded an end to the raids and deportations and defense of immigrant rights. The protesters marched from Roosevelt Park in Corktown, a neighborhood once filled with Irish and Mexican immigrants, down Michigan Avenue to the McNamara Federal Building. The action, called by Michigan United, was led by African-American pastor Rev. W.J. Rideout III. Workers World Party members were among the activists.