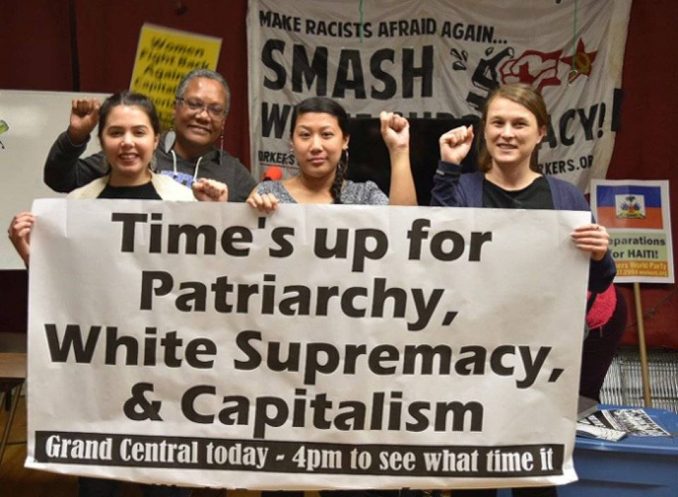 Holding the banner, left to right, are Ariella Riapos, May Madarang and Taryn Fivek with Monica Moorehead.

An inspiring forum featuring three young, dynamic, women revolutionaries was organized by the New York City chapter of Workers World Party on Jan. 18. Entitled “Women Fight Back Against Capitalism and Imperialism,” the meeting was a building event for the J20 Days of Rage protests targeting the one-year anniversary inauguration of the white supremacist, misogynist president, Donald Trump.

The three speakers were Ariella Riapos from G-REBLS on the resistance in Honduras; May Madarang from GABRIELA-NYC on repression and fightback in the Philippines; and Taryn Fivek from WWP on the role of revolutionary feminism versus bourgeois feminism. Each of the speakers spoke on the role that women play in these important struggles. The meeting was chaired by Paddy Colligan.