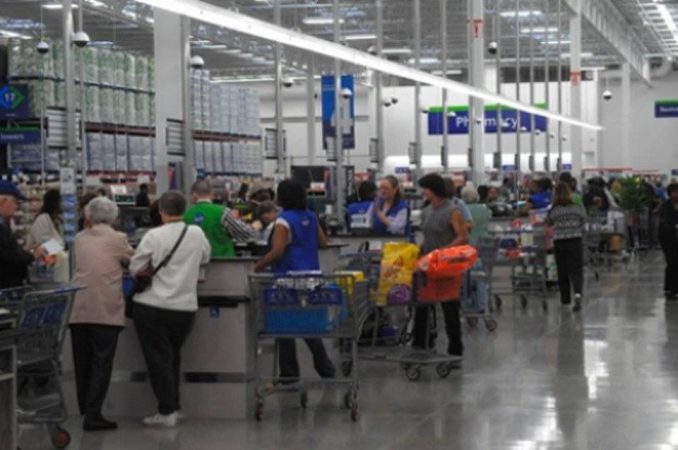 The Walmart corporation closed 63 Sam’s Club stores without notice on Jan. 11, laying off some 11,000 workers, many of whom arrived at work to find their store permanently closed.

In a cynical maneuver meant to deflect worker and community outrage, Walmart made a media show of announcing that, because of the new corporate tax breaks, it was giving $1,000 bonuses to workers and raising their starting wage, while burying news of the devastating closures and mass layoffs.

Store closures aren’t just bad for workers losing their jobs, but they also impact the surrounding communities in a myriad of ways. As always, it is the poorest, most oppressed and isolated workers who are affected disproportionately.

The headline in the Jan. 12 Anchorage News summed it up: “In Fairbanks and rural Alaska, Sam’s Club closing is a ‘major blow.’” Many low-income families shop at Sam’s Club for affordable groceries and other products. Schools, churches, organizations and small businesses such as restaurants and gas stations also rely on such big-box, discounted-bulk stores.

The abrupt closure of 10 percent of Walmart’s Sam’s Club stores from Alaska to Florida (and three in Puerto Rico) also appears to have violated federal labor law. The Worker Adjustment and Retraining Notification or WARN Act of 1988 requires all employers with more than 100 workers to provide 60-days’ advance notification of any closure or layoffs.

Walmart isn’t the only major retailer shuttering stores and leaving workers and customers out in the cold. More than 66,500 retail workers lost their jobs in 2017. (denverpost.com, Jan. 13) CNN reported on Oct. 25:  “2017 just passed the all-time record for store closings.” Over 6,700 stores were closed last year, beating the record of 6,163 during 2008, a year of the banker-caused economic meltdown.

The massive store closings and worker layoffs have been described as the beginning of the “retail apocalypse.” Many point to Amazon and say consumers would rather shop online than go to a store. But that’s only part of the picture — and one that tries to take the onus off the capitalists and blame working and oppressed people.

At the root of this crisis, as with the housing mortgage disaster and municipal austerity that have ravaged cities and communities across the U.S., is finance capital, which is also responsible for the mountainous student and consumer debt facing so many low-wage workers.

“The reason isn’t as simple as Amazon.com Inc. taking market share or twenty-somethings spending more on experiences than things,” said Bloomberg News. “The root cause is that many of these long-standing chains are overloaded with debt — often from leveraged buyouts led by private equity firms. There are billions in borrowings on the balance sheets of troubled retailers, and sustaining that load is only going to become harder — even for healthy chains.” (Nov. 8)