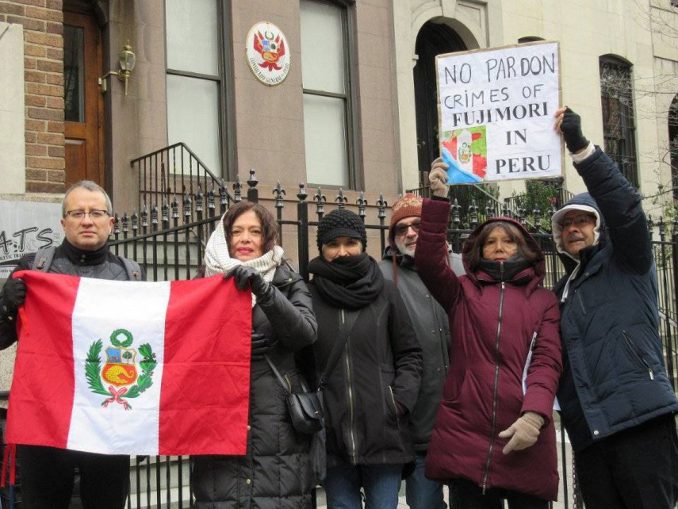 During his presidency from 1990 to 2000, Fujimori directed a reign of terror against leftists, students, labor union members, Indigenous communities, women and the poor — as he carried out vicious austerity measures ordered by Wall Street and the International Monetary Fund. Fujimori was finally sentenced to 25 years in prison in 2009 for crimes against humanity for ordering two death squad massacres. He served less than half his sentence before being given a presidential pardon on Christmas Eve. This was done in exchange for his supporters in Congress blocking Kuczynski’s impeachment for corruption.

In protest, tens of thousands of people have taken to the streets in Peru’s cities and towns, led by the families of the murdered, disappeared and falsely imprisoned.  A national day of protest in Peru demanding Kuczynski’s resignation is planned for Jan.11.  That day, local organizers will also hold a protest march of the New York, New Jersey and Connecticut Peruvian communities. It will start at 5 p.m. in New York City’s Washington Square Park. For more information and to join upcoming actions, visit tinyurl.com/y89dcdb5.