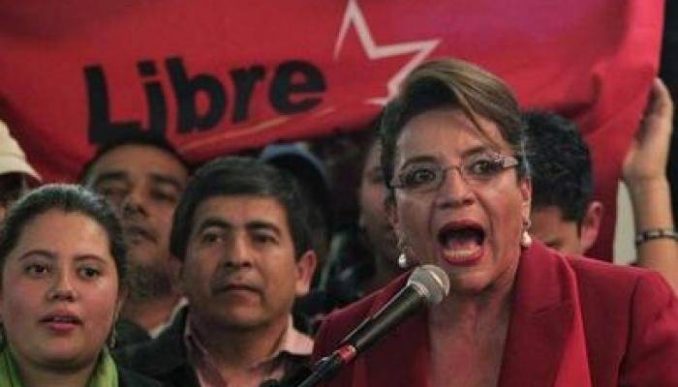 As of the morning of Dec. 19, the recent election in Honduras is being decided in the streets and workplaces — and perhaps in the political consciousness of the soldiers.

Elections top the media headlines this week — from Birmingham to Kathmandu to Caracas to Tegucigalpa.

In each case, Marxist lessons learned in struggle over a century ago still hold true: An election alone cannot decide which class rules society, or whether a nation can free itself from imperialist domination. But it would be an error to dismiss elections as meaningless.

We can look to elections as a guide to what the masses are thinking. We can use them to assess the balance of forces and the internal conflicts in the enemy capitalist class. We can look to see where there is opportunity to intervene in the class and national struggle.

Nowhere among these elections is the struggle more acute than in Honduras. The pro-imperialist regime declared itself victorious in an election everyone knows was a shameless fraud. Still, Washington has given its blessing to the dictatorship, and the European Union has agreed.

On the other hand, the Organization of American States — usually a dependable tool of Washington — saw fit to call for a new election. It seems the OAS fears the Honduran masses and knows that accepting an obviously fraudulent election will likely spark more resistance, perhaps spreading elsewhere in Central America.

At most, OAS endorsement of the stolen election could lead to a revolutionary upsurge in Honduras, going far beyond a mere electoral victory for Alianza, the left opposition coalition.

Former President Mel Zelaya has called on the mass movement to come out in the streets and plazas and to stay there. News from the front line of this struggle is still sketchy. This intense class and national conflict is yet to be decided.

Our job as a movement of workers and oppressed peoples in the center of the empire is not only to observe and learn from this struggle. We must do whatever we can in solidarity with the people of Honduras who are fighting for their liberation from imperialism and from class oppression.

The first task is to obstruct the regime in Washington from using its force against the Honduran people.