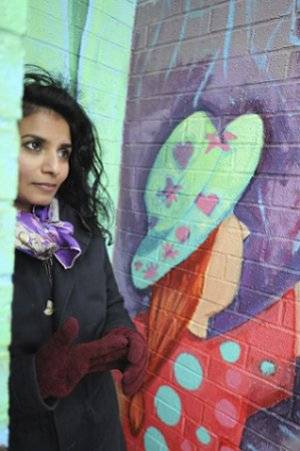 Excerpts from a talk by Julie Varughese to the Workers World Party national conference on Nov. 19. It has been updated to reflect the most recent social-media analytics.

This is the second year the party has livestreamed the national conference.

Before giving the numbers, here are the advances that contributed to a successful weekend of livestreams.

Right-wing trolls mostly commented on the first livestream. It is not unusual for them to troll left-wing livestreams. They clearly copied and pasted the same talking point because their comments were repetitive. The way we combated trolls was to hide and ban them. Abusive trolls were reported to Facebook.

We now have a larger, more coordinated team of social media comrades, who made all those awesome graphics, including the banner at the bottom of our Facebook livestream that let people know this was a Workers World Party conference. And the graphic artist also designed the Russian centennial banner that Durham provided.

We held one-on-one livestreams on the side of the stage for in-depth conversations with several activists. Other comrades provided some work before the conference.

We saw a spike on our website for requests to join the party. That tends to happen whenever the party is in the spotlight (around Charlottesville) or when people are frustrated, as after Donald Trump was elected president. This time, some people mentioned the livestreams in explaining their interest in becoming party members.

A combination of a higher number of Facebook followers, combined with our sharing strategy and Facebook’s algorithm placing livestreams high in people’s newsfeeds, helped increase our reach and views. A YouTube video was sent out in a Nov. 16 email about how to help increase the reach of Facebook posts. (youtu.be/8LT0jRCyBJE)

Here are our spectacular numbers:

Reach: 183,103, a 1,708 percent increase over last year (Reach refers to how many people see a livestream in their Facebook newsfeed, regardless of whether they click to view it.)