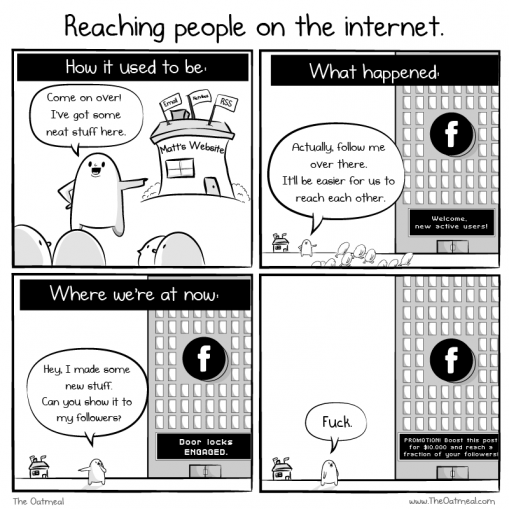 Not every move by the Trump administration is done with a Twitter shoutout. Quietly on Nov. 21, right before a holiday, a news release from the Federal Communications Commission reported that the 2015 net neutrality regulations would be reversed at a Dec. 14 commission vote.

The chairman of the FCC, Ajit Pai, was selected by Trump and given a five-year appointment by the Senate on Oct. 2. Pai has been at the FCC since 2011 in a Republican Party position and had long advocated at the FCC for his previous employer, Verizon.

The announcement got some but not a lot of notice. The repeal of the net neutrality regulations is a big giveaway to four of the most hated monopolies in the United States: AT&T, Charter, Comcast and Verizon. All are cable companies, and the change will mean that internet service will become a mirror of cable service.

No one needs to be reminded how expensive cable service is, nor how bad.

The future will be “Basic Internet” with Facebook-Messenger-WhatsApp-Instagram, Google-YouTube, Amazon and maybe Skype. Premium channels might include Netflix and Hulu.

The net neutrality regulations introduced in 2015 classified internet service as a utility, a communications service like the telephone. As a utility, internet service providers were banned from throttling or blocking service in any way or from making charges based on favoring one source over another.

Did net neutrality regulations establish a completely open internet? No. Did they prevent price gouging by the monopoly service providers? No. Almost 90 percent of the United States is restricted to getting internet service only from the four monopolies — AT&T, Charter, Comcast and Verizon.

As an essential utility, internet service should be free, like the city streets, or at minimal cost, like water. That would be essential for an open internet.

The internet itself is not the freewheeling World Wide Web that it started out as in the 1990s. Today, the internet is controlled by gatekeepers and monopolists. Amazon, Apple, Facebook, Google and Microsoft control almost everything online. New York Times tech columnist Farhad Manjoo calls them “the frightful five” and notes that they are “collectively more powerful than many governments.” (Oct. 26)

In the big business media, there is little coverage of popular opposition to the repeal of net neutrality. Net neutrality was passed in 2015 only because it was so widely supported, with literally millions of comments recorded at the FCC in support of strict regulation of the internet service providers. Polls show that support for the regulations has only increased, not decreased.

Today, what might be called the internet monopoly capitalists — Amazon, Apple, Facebook, Google and Microsoft — have voiced little opposition to the repeal of net neutrality regulation. Perhaps because the change in regulations will not challenge their control in any way.

Of course, no one should expect the internet monopoly capitalists to lead a progressive challenge to the internet cable monopolists, the so-called service providers. That can only come from an independent, grass-roots movement.